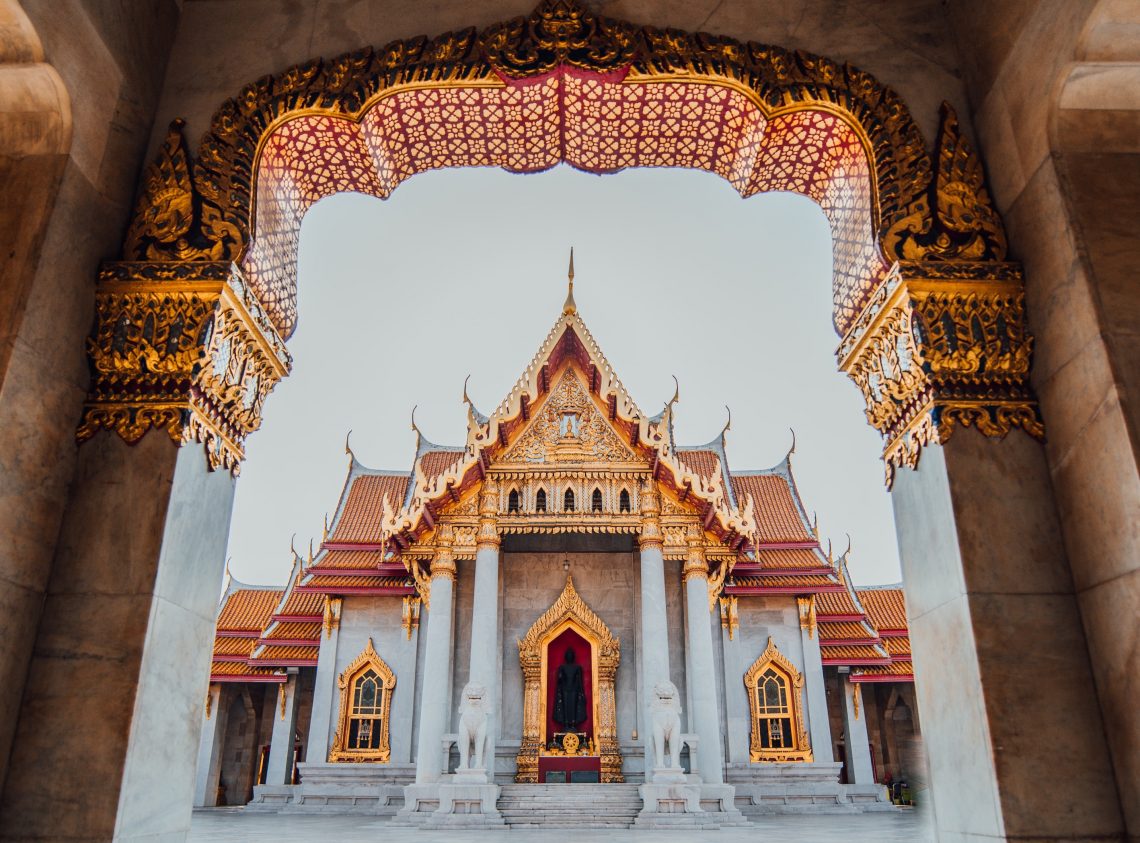 Psychology Today recently published an opinion piece about how Instagram is the happiest place on the internet. And we’re the first to agree. If you’ve been on Instagram in the past years that it’s been taking over the world wide web, you know that it’s chocked full of puppies, gourmet dishes, beautiful landscapes, fast cars, and inspiring quotes. The first Instagram post, in fact, included a shot of an adorable pup. Aside from the awesome experience while traveling, sharing on Instagram with your friends and family just makes the trip look even better. The tropical haven of Thailand is arguably one of the most Instagrammable places in the world. Boasting an endless array of tropical palm tree fringed beaches, breathtaking vistas and beautifully crafted architectures makes practically every corner of Thailand pure Instagram candy. Here is a list of the most Instagram-able place for you to discover while traveling in Thailand:

No visit to Bangkok would be complete without a visit to the dazzling Grand Palace. This spectacular structure is one of the most famous landmarks in the city and is open daily to visitors. Located in the heart of Bangkok, the Grand Palace is in fact a complex of buildings and has been the King of Siam’s official residence since it was built in 1782. It’s also been the home of the Thai King, Royal Court and the administrative seat of government for more than 150 years.

Muangboran, also known as Ancient City and Ancient Siam, is a tourist park and museum spread over two hundred acres. It’s about an hour from central Bangkok near the Bangpu Recreation Centre on the shores of Bangkok Bay. Shaped just like Thailand, the park is a re-creation of ancient life and times in ancient Siam. The park is huge so you can walk around the park, ride a bike, or hire a golf cart. The park features 116 examples of famous buildings, monuments and other superb examples of Thai architecture from around the country. Some of the buildings are life-size replicas of existing or former sites, while others are scaled down. Magnificent fountains, golden stupas and grand pavilions sit amongst forested surroundings complete with faithful reproductions of villages from throughout Thai history interspersed with ponds, lakes and canals

The most visited railway market in Thailand, located about 1 hour southwest of Bangkok, is the Maeklong Railway Market and it has been operating for more than one hundred years. A visit to Maeklong Railway Market is a truly unique experience and you are encouraged to capture the magic of this market before it disappears. Market goers hear the train whistle long before they actually see the train. When the whistle and approaching train is heard the sellers start to casually move their goods and shop awnings away from the railway tracks. The action of pulling down umbrellas and drawing back shop awnings has caused this market to also be called Talad Rom Hoop, which, in Thai language, means the closing of umbrellas. When the train does arrive, it is so close that you can reach out and touch it as it passes through the market. Visitors and sellers alike wave to the train’s occupants, providing the perfect moment for a video or picture of this unique market.

Damnoen saduak Floating Market in Ratchaburi is one of the most popular floating markets in Thailand. Every day many Thai and foreign tourists travel here to shop, eat, and absorb the atmosphere of Thailand water markets that have been like this for over a 100 years. Klong Damnoen Saduak Damnoen Saduak is the straightest and longest canal in Thailand. The canal was built on royal initiative as King Rama IV of Thailand wanted to link the Mae Klong River with Chinese river ways to support transportation and trade. It took over 2 years to dig, and was eventually finished under the reign of his successor King Rama V. The canal is 32 kilometers long and has more than 200 branches.

Khao San Road itself is a short street located near Ratchadamnoen Avenue, a major avenue linking the area with Bangkok’s historical temples and palaces. Although Khao San Road itself is small, its backpacker culture of cheap guesthouses, bars and restaurants has spilled over into almost all of the surrounding streets. If you’ve just touched down in Thailand and you’re travelling on a backpacker’s budget, Khao San Road will likely serve as a travel hub during your trip.

As well as world-class shopping opportunities and unbeatable street food, Thailand is also home to a number of great markets — one of which is the Ratchada Train Market. From fresh food to even fresher garms, this hip member of Bangkok’s market scene is one you’ll love! Ordinarily we’d say markets are a great way to get a slice of local life and eat authentic foods, but the Ratchada Train Market is much more than that. Not only does it have authenticity, delicious food and fashion in abundance, it’s also incredibly cool; the distinct vintage aesthetic is different and great for photos, whilst the bars nearby are well worth a visit. Its vintage shops offer the chance to pick up rare pieces and trinkets that you’ll struggle to find elsewhere, whilst the low prices and potential for bartering could see you leaving with bags full of bargains.

The Wat Samphran Temple is rarely featured in guidebooks and is considerably removed from the typical tourist track. Travelers who’ve happened upon the temple in their journeys have described an interior in mild disrepair but filled with stunning statues and shrines, including a giant bronze Buddha. The dragon itself is reportedly hollow, and visitors are able to walk some sections of it, though other parts of the temple remain closed to the public.

Named after King Ram Khamhaeng, the 13th-century ruler of ancient Sukhothai (the forerunner to modern-day Thailand), the eastern suburb of Ramkhamhaeng is home to one of Bangkok’s most unusual tourist attractions. The airplane graveyard, as it has been dubbed, is literally just that: a large, open wasteland in the suburbs of Bangkok that is now home to an assortment of deteriorating aircraft.

You’ll never find it difficult to locate a temple in Bangkok, but Wat Arun (Temple of Dawn) is one of the most spectacular, and it should be on your list of things to see if you are ever in Bangkok. Located on the west side of the bustling Chao Phraya River, it sits majestically above its low level surroundings.

Located in Chiang Rai province in northern Thailand, Wat Rong Khun (also known to tourists as the White Temple) is an unconventional combination of Buddhist temple and art exhibit. The privately owned tourist attraction was designed and constructed by owner and artist Chalermchai Kositpipat and opened to the public in 1997. In addition to the pure white color choice, much of the structural choices, mythical creatures, and positions of the White Temple’s guardians and deities depict a religious or symbolic meaning. The common theme of the temple is of escaping greed and desire and moving towards enlightenment through Buddha’s teachings. 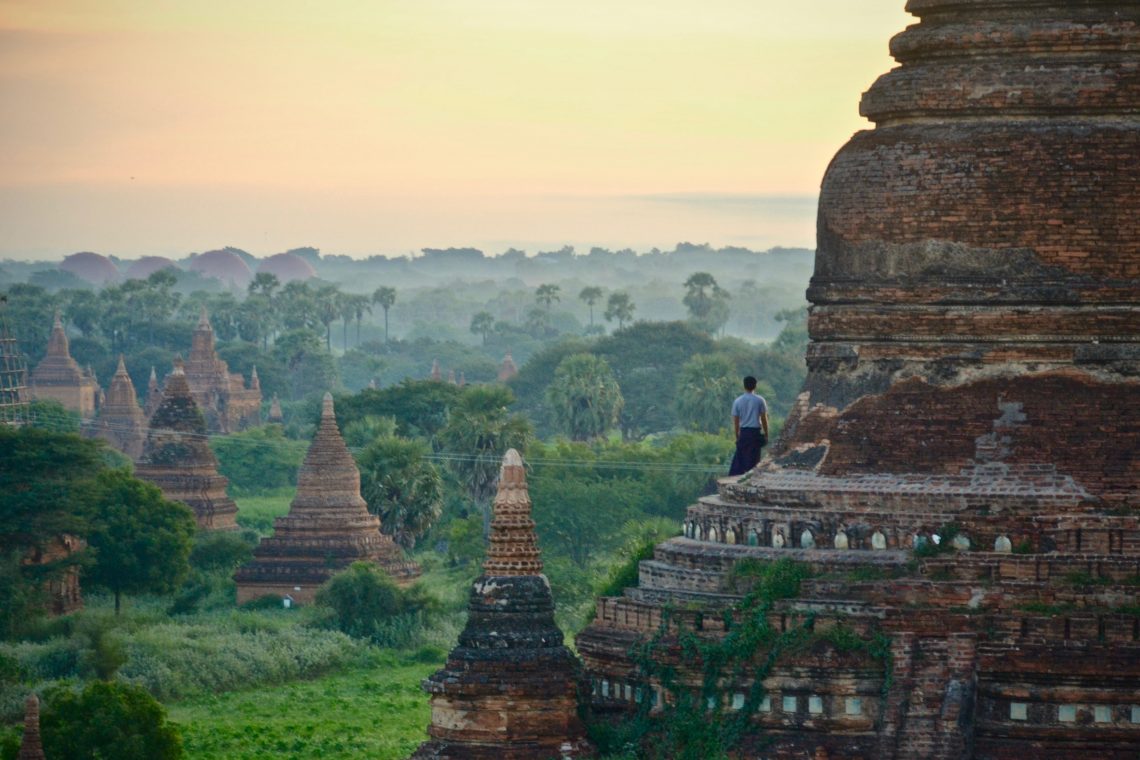 7 Best Places to Stay in Myanmar