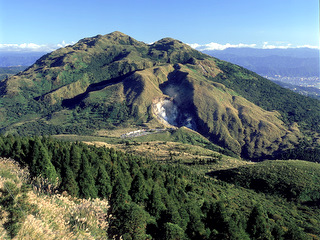 In the suburbs of Taipei city, Yangmingshan is one of the most popular destinations in Taiwan not only for tourists but for Taipei residents to go on weekends. It is the third national park of Taiwan and originally the Daiton National Park established under Japanese rule.

The national park area covers 11,338 hectares and has the highest point of 1120 meters above the sea level. And it is famous for hot spring, volcanic landscape, and sulfur deposit. Because of the sulfur deposit, the previous government would set fire to avoid illegal sulfur mining, and it left the mountain with no trees but grass only. This is also why its former name was Caoshan (Grass Mountain). But the place where used to be green and barren is now covered with flowers all year round.

Yangmingshan National Park is not only a place for soaking in hot spring anymore, people now also think of it as a place to appreciate flowers. First of all, the mountain is on the outskirts of the capital city, which makes it very accessible by taking public transportation. Next, there are many hiking routes like Erziping Trail for tourists to enjoy the nature while appreciating flowers. And most important of all, even one flower season is over, the area is still worth going since different flower festivals are lining up throughout the seasons.

In a previous article, we have talked about the different species of cherry blossoms in Taiwan, and which destination is a must-go for cherry blossom season. Yangmingshan National Park is on the list.

Check it out:
Must Go Taiwan Attractions For Viewing Cherry Blossom

This year, the festival lasts from 2/22~3/25, and the theme is “Cherry Lion”.  Numerous exhibitions and activities are held in the month as flowers are blooming magnificently. The Dancing Lion Head Exhibition runs for the whole flower season until 3/25 in Special Exhibition in YangMing Park Xinhai Guangfu Building. And there is Cherry Blossom Photography Competition to let photographers show what they see through their lens. Pictures with the highest votes get the prize. On the last day of the festival, Concert of Traditional Chinese Music and Africa Drum Show will be held at the Yangming Park Flower Clock.

There are various kinds of cherry blossoms in different months. In the first month of the year, lines of Cherry Trees（寒櫻）forms a picturesque view at Ln. 42, Pingjing St. Yaezakura（八重櫻）and Taiwan Cherry（台灣山櫻花）are available the whole season in both Floriculture Experiment Center and Qianshan Park. As for Showa Cherry Blossom（昭和櫻）and Yoshino Cherry Blossom（吉野櫻）, they can be found in February and March. And you can see them in almost anywhere in the Yangming Park. If you think it’s too late to see cherry blossoms in March, don’t worry! There’s still Oshima Cherry Blossom to behold at the end of the season. Seize the time and go to Datun Nature Park and Yangming Park Cherry Blossom Forest for flower viewing.

Following the cherry blossom season, azalea flowers await to delight your eyes. The most commonly seen species of the flower in Yangmingshan National Park is Oldham’s Azalea. The very special thing about this kind of azalea is that it has tiny golden hairs on its leaves, so when the sunlight shines on them, they reflect the light and make it a dazzling scene. And the Hushan Rd. leading up to Yangming Park is where to see the grand blossom.

With more than 80000 azalea flowers blooming together along the road, strolling down the way will make you feel the spirit of spring. Another place to appreciate azalea flower is the Floriculture Experiment Center. If you think you can only see cherry blossom in the center, you are wrong! In the center, there are more than 80 flora species, whether imported from other countries or bred domestically, and there is also a designated area for more than 5 species of azalea flowers. For flower lovers, it is a must-go destination recommended for you.

Ladies and gentlemen, the Festival of Calla Lily is around the corner! Even though the festival only runs from 3/30~4/29, the blooming season will last for a month longer. And the opening ceremony will be held on 3/30 in the national park, indicating the start of a series of activities. Traveling post-office will be there for tourists to buy limited postcards and will be stamped with specially designed postmark. Additionally, a market that sells local souvenirs will be set up from 4/4~4/8 at Miaobun Garden.

Symbolizing magnificence, the color of calla lily frequently seen in Yangmingshan is white, which also gives it a meaning of purity. And the yellow one has the meaning of being like-minded; the pink one stands for sincerity while the flower with orange color means being fond of someone.

For the best calla lily viewing spot, Zhuzihu will take the lead. It is also the very first place to plant the huge number of calla lilies in Yangmingshan. Another popular spot is Dinghu, which is not far from Zhuzihu. Sitting beside the field, innumerable white lilies, held up by thick green stalks, scattered in front of you. When fogs cloud the mountain, the view becomes too dreamy to be real. Along the road, tourists may see many farms or gardens with signs saying “Calla Lilies Picking.” It usually costs 100 NTD to pick about 8 calla lilies. But please note that most white lilies are planted in swamps, which means that jumpsuit raincoat is a necessity for flowers picking.

Starting from May to July, it is Hydrangea’s turn to make tourists wow. Giving off an amazing fragrance, this kind of flower is loved for the big, colorful, and luxurious bloom. To see the mesmerizing scene, there are three places recommended. The first one is Gaojia Hydrangea Garden. If you google “Yangmingshan Hydrangea,” you will see many pictures of girls standing in front of a wall of hydrangea flowers, and this is the place where the pictures are taken. This garden is very famous for the flower wall and it is said that it can take an hour just to line up for taking pictures in front of the wall. Next, Dashunyuan is another spot people flock to see hydrangea, too. Having Hsiaoyukeng, a fumarole that vents steam gas, as its background, the view at Dashunyuan appears mysterious.

People additionally comment that because of the specially-designed trails here, it is easier to take pictures without many strangers in the background. After that, it is time for Big Terraced Field Ecological Flora Farm. Flowers here are planted in the terraced field, which forms a picturesque view that will have your eyes out on stalks.

MyProGuide’s Friendly Reminder: Entrance fee is required for the gardens.

After the sweltering season, the temperature drops gently and autumn breeze starts to blow. Silvergrass makes a sheet of a snow-white blanket, covering most of the national park. Here, tourists can see “snow” without suffering the freezing temperature. Every October and December, people will come to Yangmingshan, wandering along the trails with silvergrass swaying beside. Without a doubt, this is the best season to go trekking in the mountain.

But where, people wonder, is the best place to view the breathtaking scene?

Qingtiangang, a vast grassland where used to be pasture, is now a popular spot people go for leisure hiking. Endless of silvergrass land backed with the clear blue sky, it forms the picture that really broadens people’s mind. If the fog veils the view, don’t panic, there’s another place more beautiful during foggy days. Menghuanhu, which means dream lake in Chinese, is a somewhere exists in fairy tale only. Because of the rich ecology, it is a conservation area and seems to be isolated from the outside world. Embraced by the grassland, the misted-green lake is ruffled by the breeze and sparkles. During misty days, the scene is so dreamy that tourists will feel like they have entered a wonderland.

Want to take a nice stroll along the routes full of flowers? Come with us to Yangmingshan, relax, breathe in the fragrance of these wonderful plants and make your Taipei trip the most aromatic one. 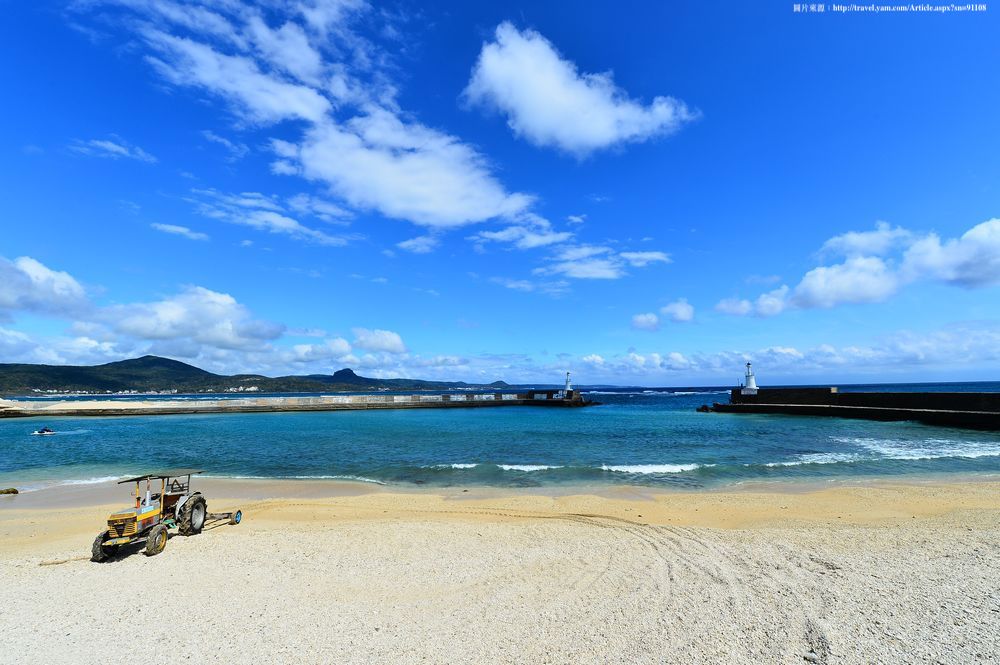 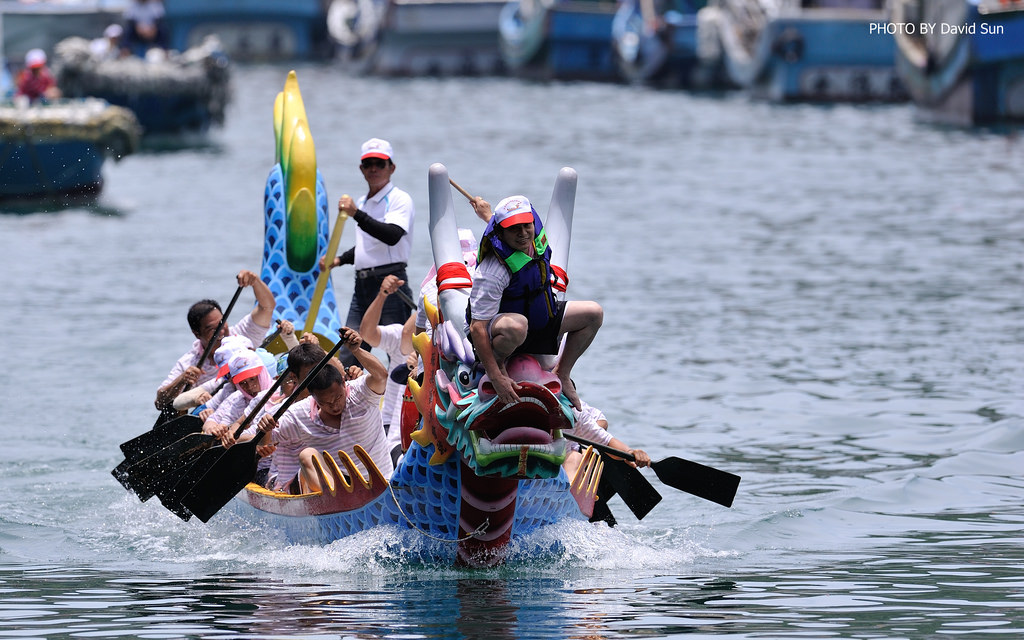 Things to Do in Taiwan - Dragon Boat Festival