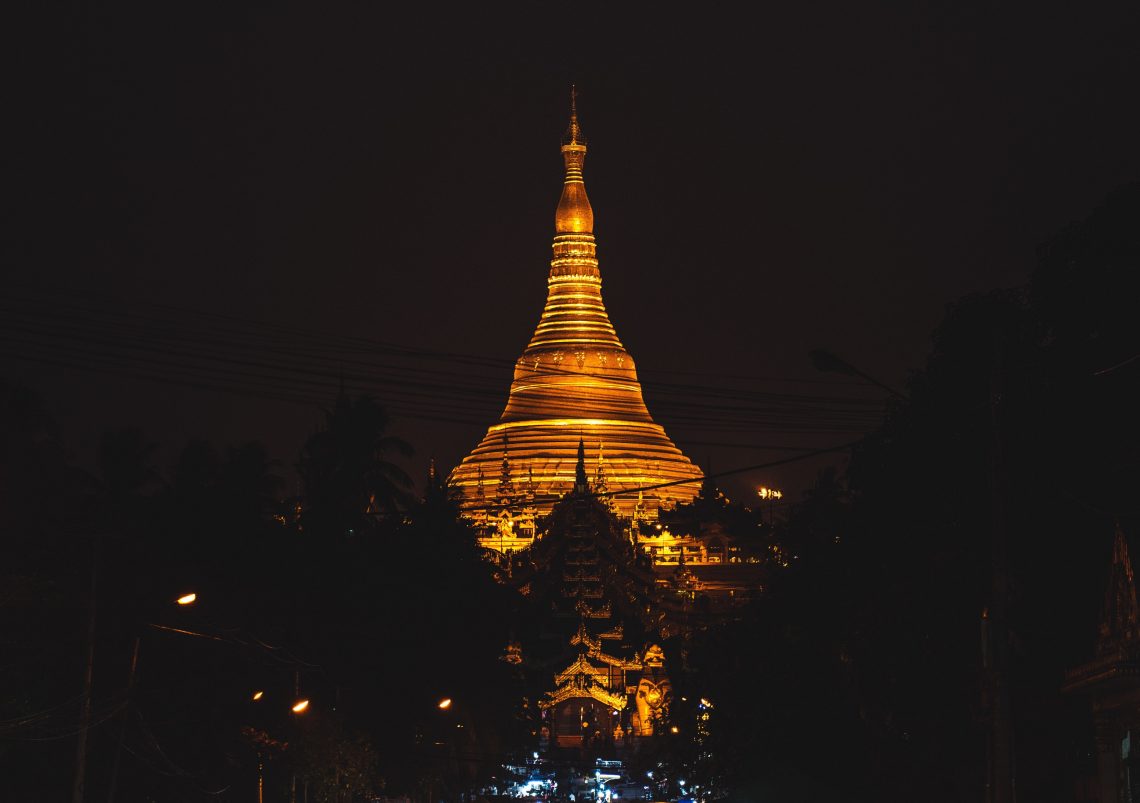 Since the dawn of civilization, humans have felt compelled to raise structures to their gods.  Before this, they modified things in nature and worshipped Mother Earth.  This chain of events explains the development of votive structures. There are so many beautiful and unusual temples or pagodas in Myanmar (Burma) that choosing which to visit can be quite the challenge. As one of the most devout Buddhist places on earth, thousands of beautiful Burmese temples have been constructed as striking symbols of devotion, as a focus for community life and a source of comfort and merit-making.

Locally known as Shwedagon Zedi Daw The, it sits atop of a hill and is 99 meters high. It can be seen from most places of Yangon day and night as the golden roof illuminates the city. When you arrive, the first thing to notice is the pagoda’s most notable feature – its golden hue. In fact, the gold you see is the real deal. Genuine gold plates cover the stupa and its base which are riveted to a brick structure underneath. A fun fact is that monarchs and citizens alike have donated gold to the pagoda since its construction.

The Sule Paya is a small pagoda located in the center of Yangon. The pagoda, known in Burmese as the Kyaik Athok Zedi, is surrounded by busy streets, a market and colonial era buildings like the Supreme court building and Yangon city hall. According to legend the pagoda was built during the lifetime of the Gautama Buddha, about 2,500 years ago. The pagoda was much smaller at the time. It has been renovated and enlarged several times by later Kings. The paya reached its present height when it was renovated halfway the 15th century. The Sule pagoda is named after Sularata, the Sule Nat (spirit) who lived at the spot where the pagoda now stands.

Among Bagan’s temples, Shwesandaw Pagoda is one of the highest, and that makes it one of the most famous viewpoints of the region. This imposing Buddhist structure is visible from far away rising from the plains of Bagan. Following an ancient Pyu tradition, the stupa is situated outside the city walls, where along with four other pagodas, including the Shwezigon, it provides spiritual protection for Bagan. In terms of architecture, the pagoda contains a series of five terraces leading to a cylindrical stupa topped by an ornamental spire in the shape of a ceremonial umbrella, which is called hti. The original hti was toppled by the 1975 earthquake and can still be seen lying on the far side of the pagoda compound. Shwesandaw Pagoda has a convenient location between the Old Bagan area and grand temples like Dhammayangyi and Sulamani, so it is a very popular place to see sunrise and sunset in Bagan.

The Ananda temple is one of Bagan’s best known and most beautiful temples. It was one of the first great temples to be build in Bagan and is well preserved. The temple is found near the Tharabar gate, the only gate remaining of the original 12 in the old Bagan city walls. The Ananda Pagoda, also named Ananda Pahto and Ananda Phaya is a single storey structure built towards the end of the early Bagan period. The architectural style shows Mon and North Indian influence. The temple’s most distinctive feature is the gilded sikhara, the tower-like spire on top of the pagoda. The reflection of the gilded sikhara is visible from miles away over the Bagan plains. After dark the Ananda Pagoda is lit up by spotlights creating a mystical atmosphere.

The Dhammayangyi is the largest temple on the plains of Bagan. From a distance it resembles the early step pyramids of Egypt. The enormous structure that was never completed consists of a massive square base topped by six receding terraces. The interior floor plan of the temple includes two ambulatories. Almost all the entire innermost passage, however, was intentionally filled with brick rubble centuries ago. Three out of the four Buddha sanctums were also filled with bricks. The remaining western shrine features two original side-by-side images of Gautama and Maitreya, the historical and future Buddhas.

The Mahamuni Pagoda or Mahamuni Buddha temple is one of the most important Buddhist pilgrimage sites in Burma. It is highly venerated in Burma as it is seen as a central of many citizen’s lives and an expression of representing Buddha’s existence. According to legend, during the 4th Buddha’s visit to Arakan, King Candrasuriya in this area asked for permission to sculpt a statue of Buddha to worship at Mahamuni Temple on the Sirigutta Hill. Visiting the Mahamuni Pagoda, tourists will have the opportunity to capture sparkling photos of the shiny, magnificent and skillfully sculpted statues as well as witnessing many fascinating traditions.

Besides praying and worshiping, there are also other rituals at Mahamuni every day, such as the brushing ritual for the statue with a brush made of Neem trees or wiping the face with perfumed water early in the morning. In addition to worshiping at the main temple, tourists can also visit some other places in the temple complex. These include a Museum of Buddha’s life along with many stalls selling incense, flowers, candles… to serve visitors. There is also a small market where tourists can find the most beautiful Burmese puppets for souvenirs.

The first thing you will need to learn is that many Burmese Buddhists believe in spirits called Nats. In their traditions, Nats are able to influence terrestrial lives and are worth of worship, so they can bring luck and prosperity if treated “right”, which means that people who don’t believe in them can suffer from misfortune. Due to the Nat activity and shrine on Mount Popa, the area is known as the Mount Olympus of Myanmar. The shrine subsequently draws thousands of pilgrims every year, especially during full moon ceremonies two times per year. Non-religious visitors can enjoy panoramic views of the lush mountains, as well as the monkeys that live and beg for food around the monastery.

Kyaiktiyo Pagoda aka the Golden Rock is one of those places which is always over your expectations. It definitely has some magic on it. Its cultural factor and spirituality are very strong. You go there thinking about it is just a golden rock but then you realize that is way more than this. Kyaiktiyo Pagoda is a popular pilgrim site among Buddhists. It is the second most important pilgrim site of all Myanmar and its importance is even recognized internationally. The Kyaiktiyo Pagoda is a giant golden rock which is defying gravity thanks to a Buddha’s hair. No matter if you are Christian, Muslim, atheist or agnostic. Its size and the way it is defying gravity is shocking to see. During sunset, the rock shines in all its glamour. You can just spend hours sitting there admiring it and looking at how all people are venerating it.

Baung Daw Gyoke Pagoda in Maynmar’s Twante Township, just south of the former capital Yangon, has received the nickname Hmwe Paya or “snake temple” from locals. Located in the middle of of a lake, the temple houses some 30 pythons, some measuring two or three meters in length, that can be found draped across windows and basking in the warmth of the sun, gliding across the temple’s floors, coiled around the many Buddha statues, or weaving themselves through the branches of the tree in the pagoda’s main hall. Many of the local residents see the presence of the pythons as a sign of the pagoda’s auspiciousness, and visit frequently to pray and make offerings to its reptilian inhabitants.

Pindaya Cave is both a natural wonder and a manmade wonder with over 8,000 Buddhas placed inside its chasm. The Pindaya cave is an important pilgrimage site for Burmese Buddhists and an attractive, unusual sights for tourists. Every small corner and nook of the cave is cramped with Buddha images up to the ceiling. Between the images are also a number of small pagodas as well as stalagmites and stalactites. Before reaching the cave however visitors must pass through the Shwe U Min Pagoda, the entrance to which is guarded by a large spider statue. The massive bug is actually in reference to a local legend that gives the cave its name. The story goes that seven princesses were forced to take refuge in the cave, but were sealed in by a giant spider’s web. They were eventually saved by a prince who killed the spider, and shouted, “Pinku Ya-Pyi!” meaning, “I’ve got the spider!” This would be truncated and elided over the centuries to “Pindaya.” Now every worshipper has a chance to see the spider for themselves. 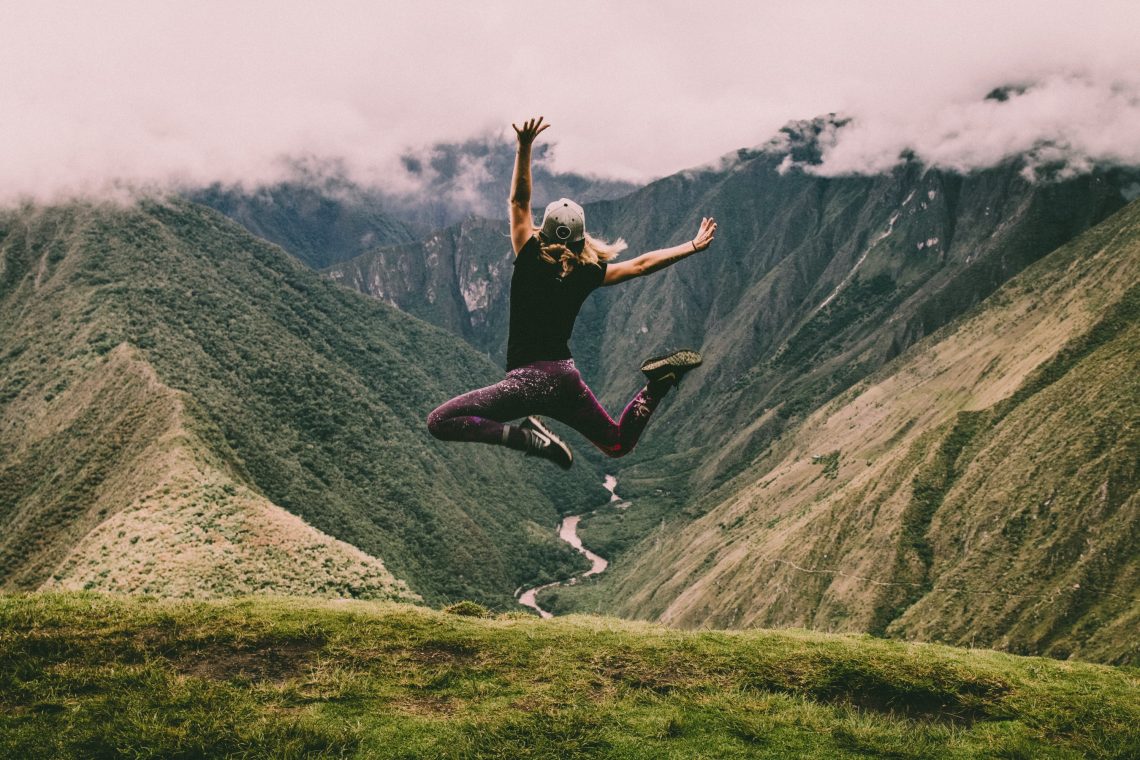 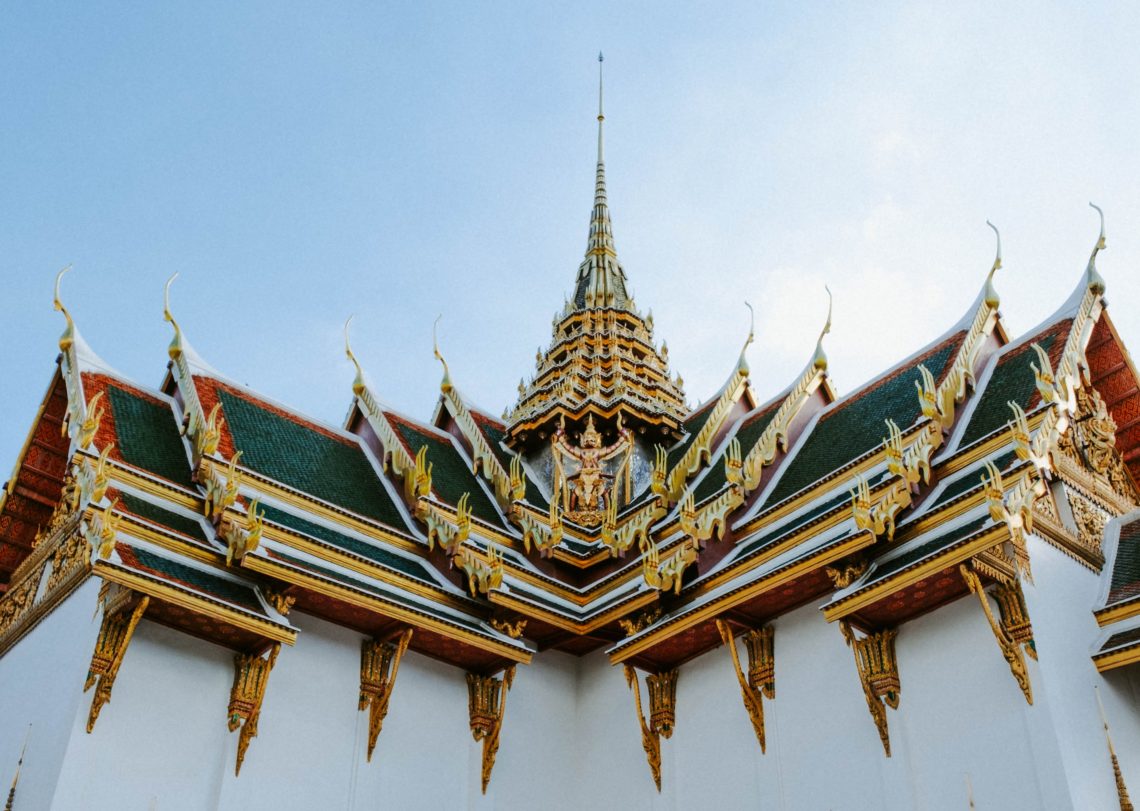