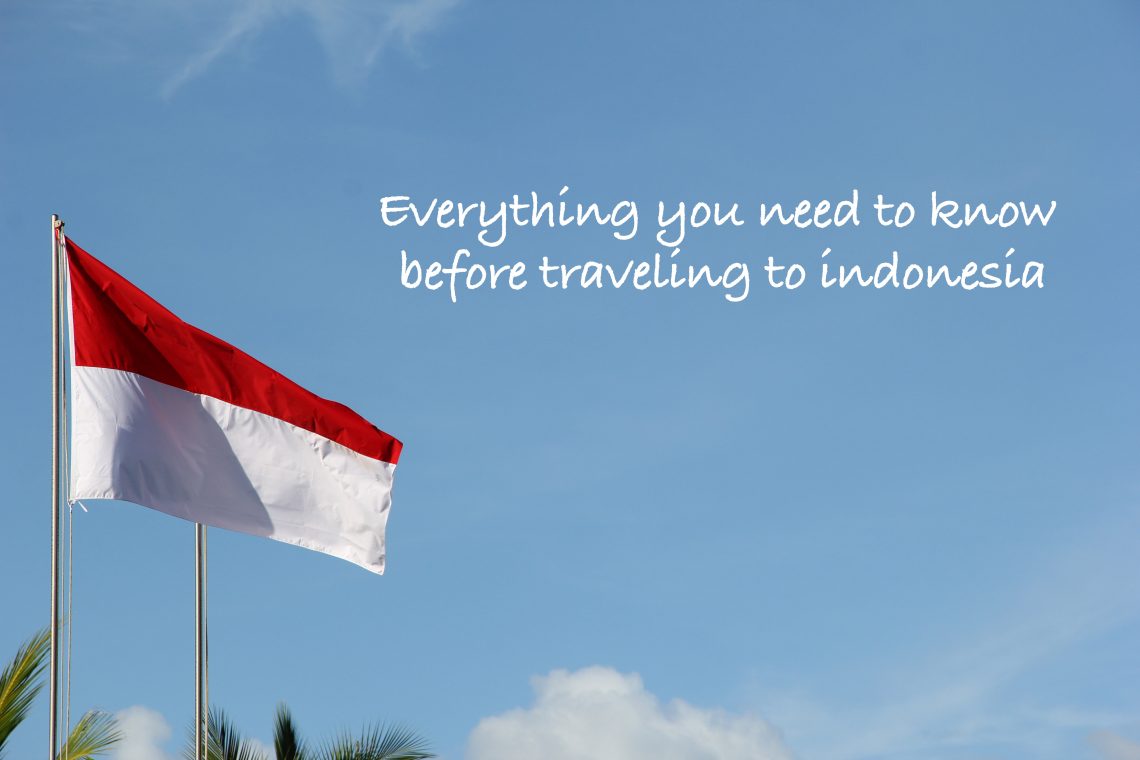 Known to many as Wonderful Indonesia, it brings you the second largest tropical forests, many pristine beaches with great dive sites and surfing waves, amazing hikes to active volcanoes, and wildlife. Despite the abundance of islands, tourists tend to cram onto just one and fight for space: Bali. The most famous tourist island is the usual entry point for travelers who want to visit Indonesia. Here is a travel guide to Indonesia, some of the must-visits and must-eats:

For many people, Bali is beaches. Arguably Indonesia’s most popular vacation spot, Bali has a number of cultural landmarks and traditions that make a visit here worthwhile. But anyone who travels to Bali is going to have warm sand and blue water on their mind, and the island doesn’t disappoint. Each beach has its own charm, from soft white sand and limestone cliffs to extreme water sports and diving.

From the mainstream Kuta and luxurious Nusa Dua neighborhoods to hidden, remote beaches away from the crowds, there’s a beach for everyone, every need and every mood. The Balinese are spiritual people, predominantly Hindus, and their houses are furnished with a small temple, at which they pray every day. Temple tours are particularly popular among tourists, not only for the religious value but also for cultural insights and aesthetic pleasure.

Borobudur is a 9th-century Buddhist monument in Indonesia. It’s actually the largest Buddhist temple in the world! The ancient complex comprises of six square platforms topped by three circular platforms decorated with 2,672 relief panels and 504 Buddha statues. You’ll want to dress respectfully and conservatively, as this is a religious complex. Wear loose-fitting clothing that covers your shoulders and knees. We suggest you wear pants as the steps leading to the top of the temple are high and not suited to shorts or skirts.

Despite being one of the most instantly-recognizable and endearing animals on the planet, orangutans are in fact critically endangered. There are now only around 60,000 orangutans remaining in the wild. Seeing an orangutan in its natural habitat is one of the best wildlife experiences you can have in Borneo. Though orangutans still live in the wild, several sanctuaries rescue and protect orangutans as land development infringes on their natural habitat. Tanjung Puting National Park in Kalimantan, Borneo, is home to the largest orangutan population in the world, as well as other primates, birds, and reptiles.

Located between the islands of Sumbawa and Flores in the East Nusatenggara province,  sits the vast and impressive Komodo National Park. The Komodo National Park encompasses a total of 29 volcanic islands (including the 3 major islands Rinca, Padar and Komodo) and is home to approximately 2,500 Komodo Dragons and other terrestrial fauna. Approximately reaching 3 meters in length and weighing over 70kg, the Komodo Dragon (or otherwise known as Varanus Komodoensis), is the world’s largest lizard and reptile. The dragons are identified by their massive size, flat heads, bowed legs, long thick tails, and fork-shaped tongues. Komodos can run and swim up to 20kph and have an excellent vision where it can see objects from 300m away.  In 1991 the national park was declared a UNESCO World Heritage Site. Komodo National Park has been selected as one of the New7Wonders of Nature.

This is one of Bali’s most popular temples, built on a rock formation in the sea. The original formation began to deteriorate at one point, so a portion of the rock is now artificial. The myths and sagas of this sacred place are almost as beautiful as the temple itself. After the holy priest Danghyang Nirarta spent the night here, the people of Bali decided to build the Tanah Lot temple at this location. The story goes that there used to be a bridge from the mainland to the temple but it was destroyed by the powerful sea. Another interesting detail is that there is a cave with a magical spring underneath Tanah Lot. Oddly enough the water in the spring is fresh, whereas the temple is surrounded by salt ocean water.

The skewers of meat, which often include beef pieces, beef tongue, and offal, are first marinated in a mixture of spices, then grilled over hot flaming charcoal, and finally, they are often served over sliced up compressed rice cake, called ketupat, and then covered in a thick brown-colored sauce, and sprinkled with crispy shallots. The result of Sate Padang is not the prettiest dish you’ll ever see, but the taste is incredible.

This type of grilled chicken originates from the island of Lombok, and it’s popular with spicy grilled chicken lovers throughout Indonesia. The chicken itself is so flavorful, and not too tender, but with just enough texture so that with every bite it keeps releasing more chicken juices.

Deep-fried catfish, known as pecel lele, is a very famous and common Indonesian street food, often served at street-side restaurants and local food tents known as warungs. In Jakarta, mostly at night, if you drive around the streets you’ll see countless food stalls showcasing catfish on their banner menus.

Jakarta is the biggest city in Indonesia, and people who live in Jakarta come from the furthest regions and islands of the country. But if there’s one dish that’s one of the most famous dishes, known for being homegrown right in Jakarta, it’s Soto Betawi, literally meaning, Jakarta soup. Soto Betawi is usually prepared with beef, which is boiled with aromatic herbs like lemongrass and Indonesian bay leaves, and flavored with candlenut, galangal, garlic, and shallots, and finally, often a combination of both fresh cow milk and coconut milk is added to make the soup creamy. The soup is usually served in a bowl, topped with some crispy fried shallots, and eaten with a plate of rice, and some Indonesian pickles (known as acar).

Nasi uduk is similar to nasi lemak, rice that’s cooked with a variety of aromatics like lemongrass, pandan leaves, and dry spices like coriander seed, bay leaves, sometimes cardamom, and finally the all-important coconut milk. The result is a rich and savory, plus hearty and flavorful, rice. ou can eat nasi uduk accompanied by a variety of different curries and Indonesian foods, but it’s also very common in Jakarta to eat along with simple fried chicken and sambal chili sauce.