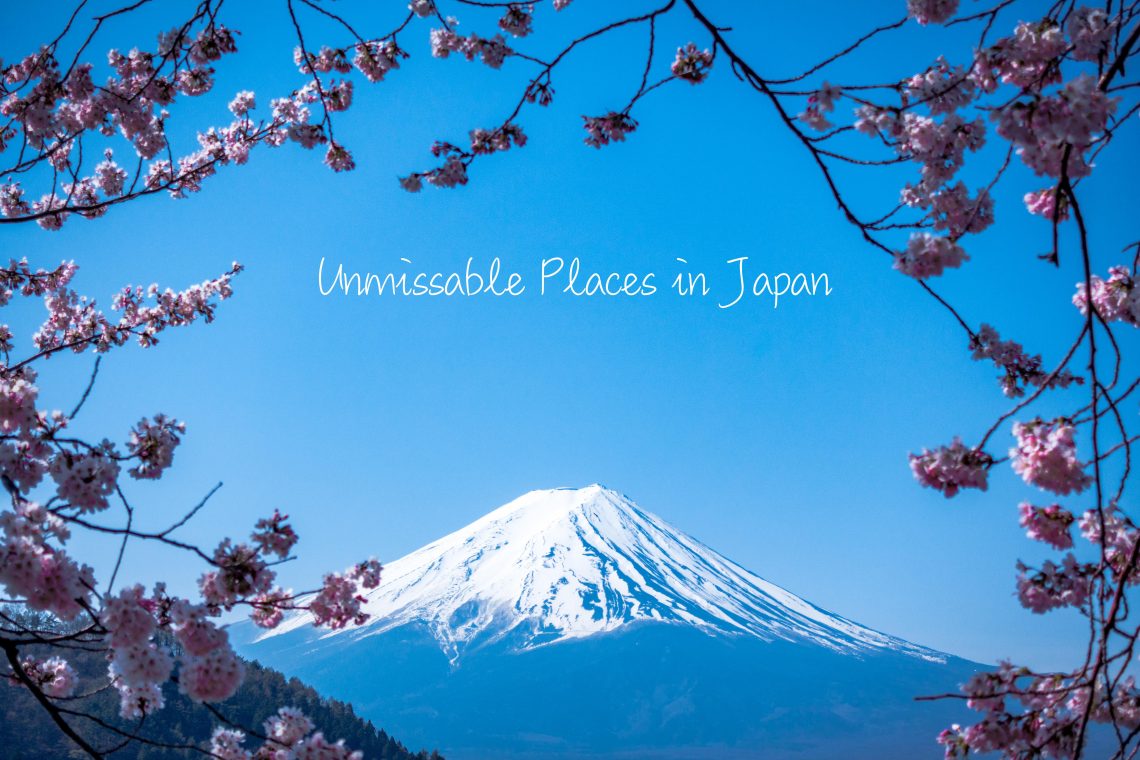 What is the first thing that comes to your mind when you think about Japan? Anime, 抹茶, 富士山, Ninjas, Hot Springs, sushi, and everything kawaii. More people have visited Japan last year than ever before: 24.04 million. It is a place that combines ancient culture with exquisite natural landscapes and dazzling modernity, the Asian nation is stirring an increasing number of travelers’ souls.

When it comes to vibrant, bustling cities, Japan can deliver. The country holds many population hubs to explore and uncover. For example, Kyoto, Japan’s past capital, is a much more traditional city. A range of temples, bamboo forests and mountainside shrines are sprinkled throughout Kyoto and offer very traditional memorable experiences. Different cities and smaller towns can offer visitors a diverse range of things to see and do.

Wander along with the reflection of Mt Fuji, the symbol of Japan

Mount Fuji, Japan, is one of the most famous mountains in the world. The mountain contributes to Japan’s physical, cultural, and spiritual geography. Mount Fuji is the single most popular tourist site in Japan, for both Japanese and foreign tourists. Many people start climbing Mount Fuji at night, as better to experience the sunrise from the summit—Japan, after all, is nicknamed “the Land of the Rising Sun.” The sunrise from Mount Fuji has a special name, Goraiko.

At the foot of Mt. Fuji there are five lakes that were created when it last erupted: Lake Motosu, Lake Shoji, Lake Sai, Lake Kawaguchi, and Lake Yamanaka. Together these are called the Five Lakes of Mt. Fuji and in 2013 they were also included as part of Mt. Fuji when it was registered as a Cultural World Heritage site.

Fuji Shibazakura (better known as pink moss or phlox moss in English) Hanami is held yearly from mid-April to early June at about 3 kilometers south of Lake Motosuko in the Fuji Five Lakes area. Delicious shibazakura themed food and souvenirs, alongside shibazakura flowers are sold during this festival, attracting visitors from all around the world for a surreal experience.

Read more : 8 Things to Know Before Traveling to Japan

As the main residence of the Imperial Family, the inner grounds of the palace are generally not open to the public. Only on January 2 (New Year’s Greeting) and February 23 (Emperor’s Birthday), visitors are able to enter the inner palace grounds and see the members of the Imperial Family, who make several public appearances on a balcony. From Kokyo Gaien, the large plaza in front of the Imperial Palace, visitors can view the Nijubashi, two bridges that form an entrance to the inner palace grounds. The stone bridge in front is called Meganebashi (Eyeglass Bridge) for its looks. The bridge in the back was formerly a wooden bridge with two levels, from which the name Nijubashi (Double Bridge) is derived.

Go back in time with a visit to Kyoto

When you close your eyes and think of Japan, you’re probably picturing Kyoto: sublime Zen gardens, mysterious Buddhist temples, colorful Shinto shrines, graceful geisha. Kyoto is Japan in a nutshell. It’s the cultural and historical heart of the country. You can visit Kyoto at any time of year – it’s never too hot, too rainy or too cold to visit. Kyoto is a relatively small city with an excellent public transport system. It’s VERY easy to get around.

Nijo Castle, complete with well-preserved walls, towers, and a moat, was built in 1603 and later served as the seat of government. The site’s most important building is Ninomaru Palace, consisting of five separate buildings linked by corridors, and with exquisite interiors decorated with paintings by Kano Tanyu and his pupils.

Fushimi-Inari Taisha Shrine is founded in AD 711 and dedicated to the goddess of rice-growing, Ukanomitama-no-Mikoto, the shrine is still frequented by merchants and tradesmen who pray for prosperity.

Kinkaku-Ji, the Golden Pavilion built in the 14th century as a retirement villa for Shogun Ashikaga Yoshimitsu and now a Zen Buddhist temple. Taking its name from the gold leaf adorning the top two of its three floors – a design element believed to alleviate any negativity associated with death – the structure has been rebuilt in its original form a number of times, this most recent incarnation dating from the late 1950s.

Gion is famous as an entertainment and geisha district. It is an eclectic mix of modern architecture and historical beauty that provides a unique taste of numerous Japanese traditions, from the elaborately dressed geishas to well-preserved 17th-century restaurants and teahouses offering a glimpse of old Japan.

The Island Shrine of Itsukushima

Formally named Itsukushima, the island is more popularly known as “Miyajima”, literally “shrine island” in Japanese, thanks to its star attraction. The shrine is known worldwide for its iconic “floating” torii gate. The shrine and its torii gate are unique for being built over water, seemingly floating in the sea during high tide, at low tide, the water drains out of the bay. This is when visitors can take the opportunity to walk out and see the gate from up close.

Learn about Ninjas at the Koka Ninja Village

Ninjas were known as mysterious fighters in dark garb who trained in martial arts, espionage, assassination, and deception. Since the feudal era, Japan’s ninjas have mystified locals and foreigners alike with their covert methods of warfare and strict rules of combat and honor.

The Koka Ninja Village, or Koka no Sato Ninjutsumura, is located in the rural city of Koka, also called Koga. Along with nearby villages, Koka is set deep within the homeland of the ninja. The rugged and mountainous landscape made Koka an excellent retreat in which the ninja honed their skills. Its close proximity to Kyoto.

Other interesting features at the village include a shuriken (throwing star) throwing range and a nine-stage obstacle course in which one can, for example, try to walk on water or scale walls with tools devised by the ninja. The Koka Ninja Village allows you to experience ninja training that will excite any adult or child.

Read more：8 Things to Know Before Traveling to Japan 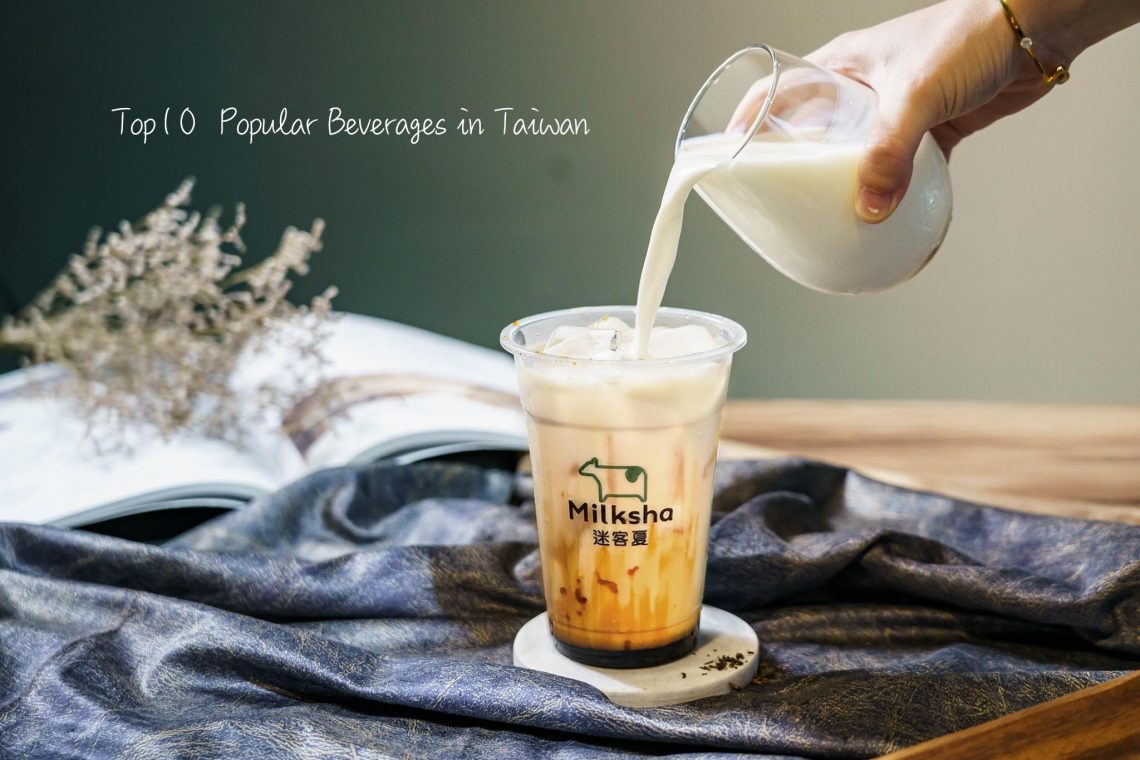 Top 10 Must try beverages in Taiwan 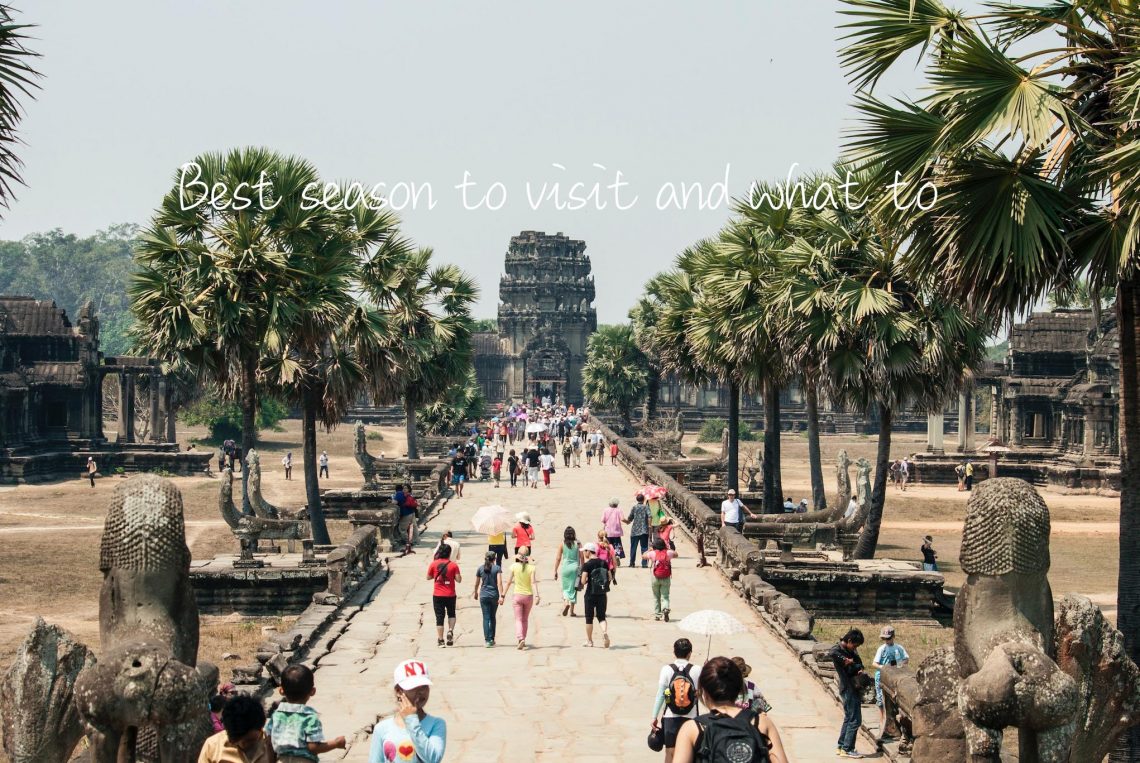 Traveling Guide to Cambodia: Things to Do, Where to Go and Traveling Tips