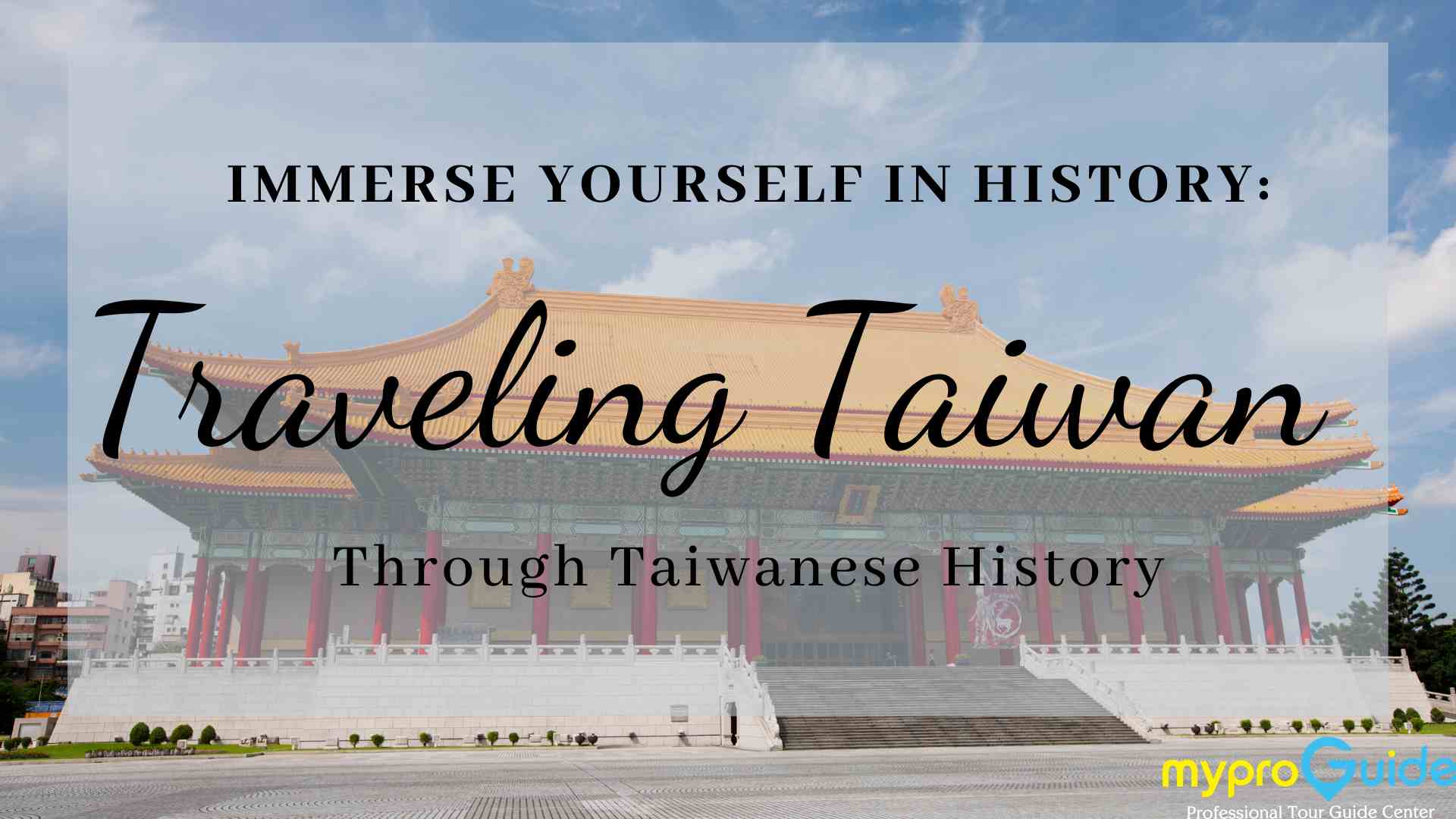 Learning the history from the country while traveling and visiting culture sites are the most dos as a cultural tourist. Taiwan, located in South Asia, has been known for its people friendliness, breathtaking landscapes, amazing food, and diverse historical background. The diverse immigrants and history have greatly influenced Taiwanese architecture, food, and the everyday life of Taiwanese people. MyProGuide is giving you a brief historical Taiwanese history and cultural destinations to visit!

From the very beginning: the Taiwanese Indigenous People

With more than 8000 years of history, the Taiwanese aborigines are Austronesian people, having their genetic ties to the people of the Philippines and Polynesian groups. Now, they are estimated to occupy about 2% of the population of Taiwan. The majority of aboriginal people live in mountainous regions. The indigenous groups celebrate their music, rituals, customs, and festivals, and making them rich in their own culture and have been reviving their traditional lifestyles.

Orchid Island, which lies on the southeast coast of Taiwan, is home to the Tao indigenous tribe and one of the world’s best destinations for scuba diving and snorkeling. Explore Orchid island for its unique indigenous color and its breathtaking landscapes!

Named after the local Truku aboriginal tribe, Taroko National Park is one of Taiwan’s most iconic sights. Taroko National Park covers part of Hualien County (花蓮縣), Nantou County (南投縣), and Taichung City (台中市). Its unique landscape is due to the erosive power of the Liwu River and the rising of the mountains. Apart from the scene itself, there are many other attractions, including aboriginal settlements, hiking trails, and museums for visitors to explore the true beauty of eastern Taiwan.

The earliest aborigines in Taiwan, which is the Thao people, settled in Sun Moon Lake. Sun Moon Lake is one of the most popular tourist destinations in Taiwan. Enjoy the lakeside scenery, boat rides, street food, gift shops, temples, and the aborigine theme park.

The colonization period under Japanese rule

Japan has a strong influence on Taiwanese history. In the late 19th century, China (the Qing Empire) lost the First Sino-Japanese War. Taiwan started the colonial period in history as part of the treaty. Lasted for 50 years, Japan ruled Taiwan with knowledge from the western world, which is reflected in the architecture. In Taipei, the capital and the capital city during the colonial era is where you find architecture that is greatly influenced by the Japanese period, leaving its traces of history.

Visit the Presidential Hall (總統府), an elegant red brick building with a mixture of western design. The building was severely damaged from Allied forces during World War II but was yet restored after the war in order to serve as the office of the Governor-General of Taiwan province and military affairs office. Nearby the Presidential Hall is Ximending (西門町), were started as a marketplace in the beginning according to Japanese urban planning.

The Ximen Red House (西門紅樓), used to be a shopping mall for the Japanese living in Taipei. Nowadays, it has become an art center with many bars around.

History of Taiwan after 1945

At the end of World War II, Taiwan was taken over under the governance of the Republic of China (ROC), ruled by the Kuomintang (KMT) after the Japanese. Visit Chiang Kai-shek Memorial Hall (中正紀念堂), one of the most prominent historical landmarks in Taiwan. The CKS Memorial Hall was built in honor of the Generalissimo, Chiang Kai-shek, former President of the Republic of China. Opened in 1980, it was in the beginning both a national park and gathering area. Nearby Chiang Kai-shek Memorial Hall and Presidential Office Building are the 228 Peace Memorial Hall. This memorial park is dedicated to the victims of the February 28 Incident, which is one of the most tragic between-race incidents among the Taiwanese history.

While the administrative control of Taiwan being transferred to China, which was ruled by the Republic of China government and Kuomintang party at that time, after the Chinese Civil War, the KMT flee from the communists in 1945 to re-establish and strengthen the ROC government in Taipei City. At that time, Taiwan was previously part of Japan. The KMT, therefore, worked to remove all the Japanese influence from the island and promote Chinese cultural values while limiting the Taiwanese language and culture.

The tragic incident broke out due to the replacement of most public offices and government with the KMT and the monopoly control of the previous Japanese industries, for example, tea, sugar, and tobacco. Have a walk at this beautiful park, enjoy the Japanese garden and paths, but remember the collective tragic memories Taiwanese all have.

Built-in 1955, it was a Japanese style building, the National Museum of History is known for its international exhibitions, innovative museum development, and educational programs. It was the very first Museum to be established in Taiwan after the Republic of China’s government moved to Taiwan.

Some of the collections at the National Museum of History are the donations from private collectors, enriching the Museum’s exhibitions and continued to grow with annual acquisitions from the government. The Museum is loaded with artifacts and relics from mainland China, Taiwan, and other countries around the world. The collections can be dated back to the Neolithic period, the ancient Chinese dynasties of Shang, Zhou, Han, Tang, Song, Yuan, Ming, and Qing, to the contemporary era. Have a visit through Taiwan history at the National Museum of History.

Not to be confused about the previous one, this history museum is a different one from Taipei. Located in one of the cities rich in history and stories, Tainan, National Museum of Taiwan History is situated next to a historically significant spot, Taijiang Lagoon (台江內海). Already discovered since the 17th Century, Taijiang Lagoon has attracted traders from everywhere around the world. With art installations outdoor, the Museum is worth going not only with its indoor exhibition but facilities outside. Don’t miss out on the shows inside, its historical, cultural, and natural exhibits are based on historical fact but displayed in virtual rooms that allow visitors to explore the authentic Taiwanese history. 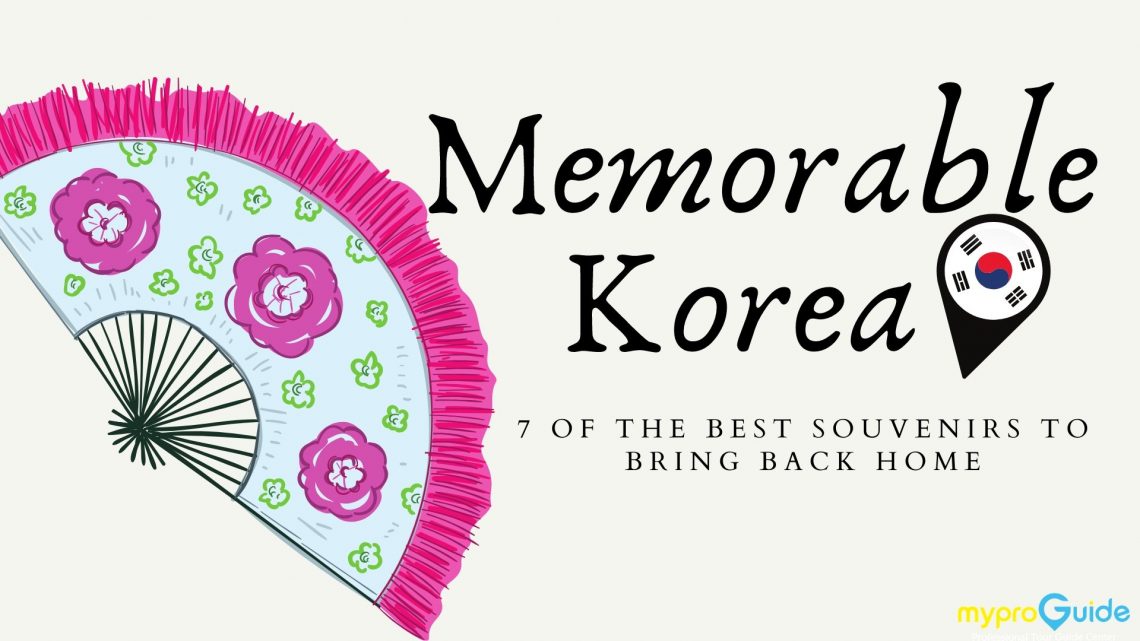 Memorable Korea 7 of the Best Souvenirs to Bring Back Home 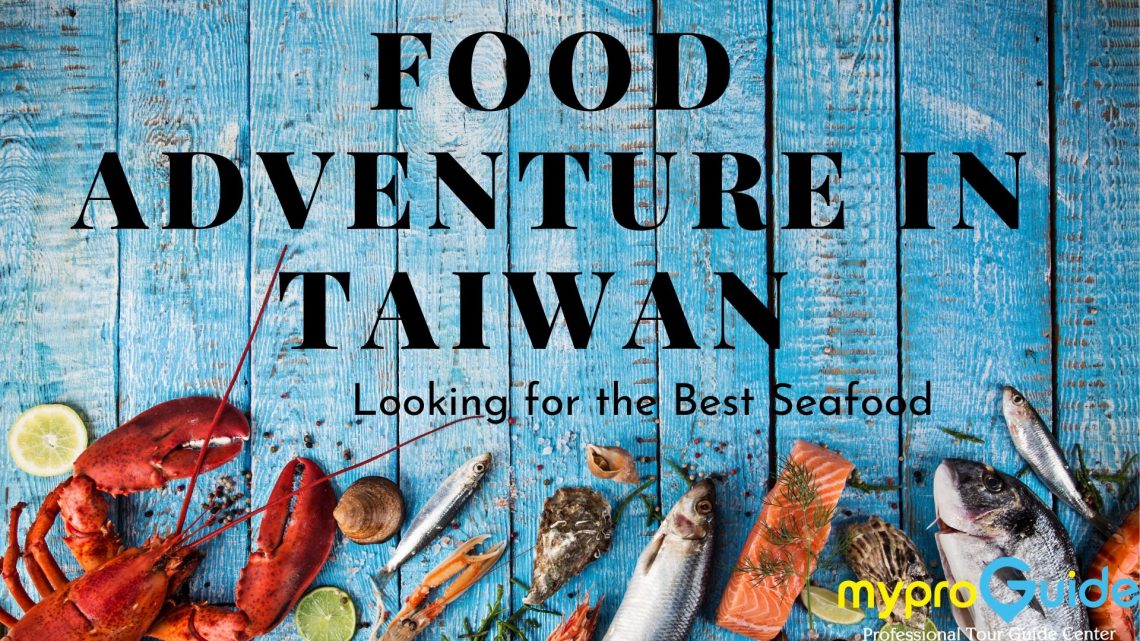 Food Adventure in Taiwan: Looking for the Best Seafood