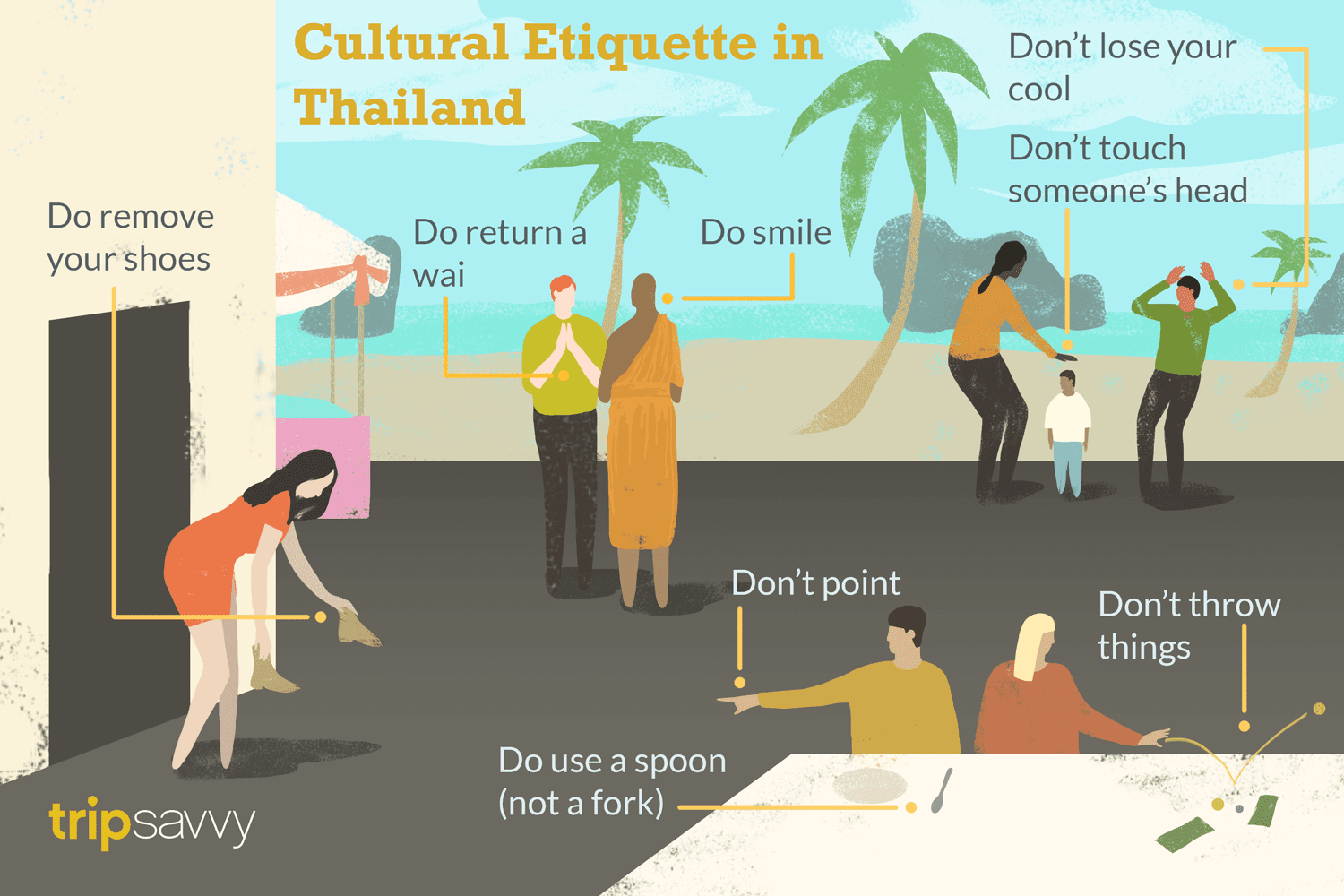 Sometimes when we are traveling aboard, we might find ourselves unfamiliar with the local culture and not know what the proper way to behave is. Take Thailand as an example, It is famous for its delicious food, friendly people, and stunning scenery have made it one of the most popular destinations among tourists. Thailand is also known as the “Land of a Thousand Smiles.” As the name implies, the land is full of smiling locals filled with friendliness.

check out Where Do I Start? The Beginner’s Travel Guide To Explore Chiang Dao

It is essential to educate yourself on local customs before going somewhere. There are taboos in Thai culture that you should be aware of before traveling. Here are some important dos and don’ts to keep in mind:

1. Do take off your shoes

In Thailand, Feet are often considered the dirtiest part of the body. So when you enter to a place, remember to leave your shoes outside. Especially going to Buddhist temples, don’t wear your shoes into a temple, remember to take them off and leave them at the door, as you might see a pile of shoes already.

3. Do remember to stand up when the national anthem is being played.

In Thailand, people show great respect to their national anthem by standing up when it’s being played. For example, it sometimes happens in the movie theatre before the start of a film, or at public events when members of the Royal Family are presented.

4. Don’t deface any of the Thai money

As the King is regarded with social status, and the money in Thailand (bhat) has a picture of the King’s face on it. Defacing bhat will be considered as disrespectful behavior. Keep in mind that stepping on it (unless you accidentally dropped it) is also considered a form of defamation of the royal family.

5. Don’t touch the Buddhist monks if you are a woman.

In Thailand, the Buddhist are forbidden to touch or be touched by a woman. Or even accepting things from a woman directly. When a woman wants to give something to a monk, she needs to first give it to a man who then gives it to the monk.

It’s quite tempting when you see some adorable kids, and you just feel like petting their heads. However, heads are regarded as a sacred part of the body, and it is believed that touching heads will bring bad luck and a severe violation of personal space.

7. Do respect the King or the Royal Family

No matter whether it is verbal or written communication never upset the Thais by being disrespectful to the Royal Family. There are actually laws that can get you arrested by doing so.

8. Do be respectful around Buddha images.

All images and sculptures of Buddha are considered sacred, while it can be seen almost everywhere, don’t deface them or disrespect them in any way.

9. Do remember to behave well when visiting a temple

Temple is not the place to run around, shout, or consider it as a kid’s playground. Therefore, speak quietly and keep calm when visiting a temple.

11. Do be careful when taking a taxi

It is recommended to make sure os the cost the taxi is going to charge you before taking the cab. There is a high possibility of being extra charged from the taxi driver when they see that you are a tourist.

12. Do use your right hand instead of your left hand

People in Thailand often associate the right hand as a symbol of nobility. So when you shake someone’s hand s or passing on items, remember to use your right hand instead of the left.

13. Don’t throw your gum on the floor

The punishment of throwing gum on the floor is quite severe, you will be facing a pretty hefty fine of nearly £400, and a possibility of a jail sentence if you don’t pay the fine. Always have tissue with you so you can wrap your chewing gum.

14. Don’t point with your feet

In Thailand, looking your feet at statues or a person or placing your feet on tables in public is considered rude. In Buddhist culture, there is a custom that feet are regarded to be the lowest and dirtiest part of the body. Be respectful of this culture and avoid upsetting the Thais by placing your feet in places where it is unwanted.

15. Don’t Step on Money in Thailand

If you drop a coin accidentally and it’s rolling away, don’t do what people usually do: stop it with your foot. Instead of doing that, bent down and pick it up with your hand. Since Thai money has the image of the King on it and as previously mentioned before, and Thais consider feet as the dirtiest part of the body. By putting your foot on money that is with the King’s image is considered incredibly disrespectful behavior.

Exploring a different new culture is exciting, yet there are many traditions and customs that we should pay extra attention to. The dos and don’ts will save you from being awkward and avoid being disrespectful unintentionally. Keep the Dos and Don’ts in mind, and you will enjoy your time thoroughly in Thailand. 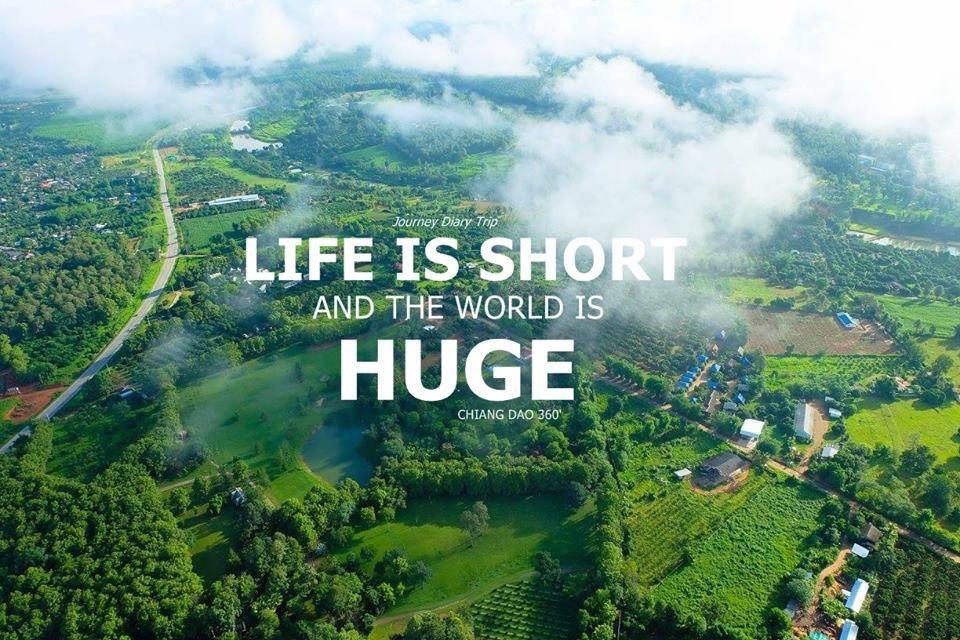 Where Do I Start? The Beginner's Travel Guide To Explore Chiang Dao