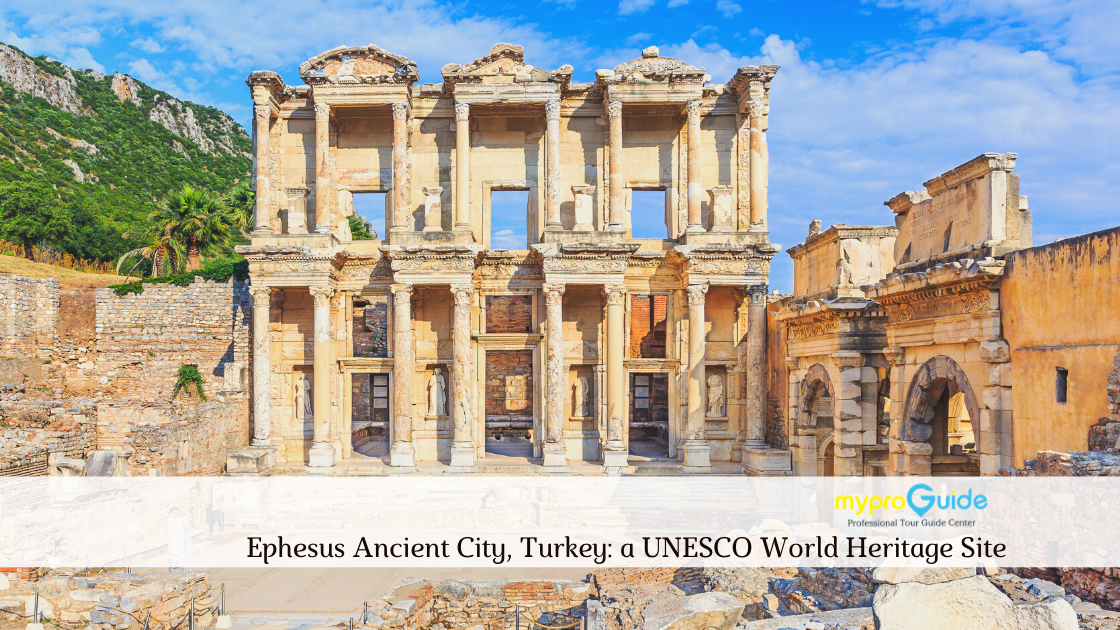 Ephesus was an ancient port city whose well-preserved ruins are now in modern-day Turkey. The city was once considered the most important Greek city and the most important trading center in the Mediterranean region. Throughout history, Ephesus survived multiple attacks and changed hands many times between conquerors. It was also a hotbed of early Christian evangelism and remains an important archaeological site and Christian pilgrimage destination.

Ephesus is located near the western shores of modern-day Turkey, where the Aegean Sea meets the former estuary of the River Kaystros, about 80 kilometers south of Izmir, Turkey.

According to legend, the Ionian prince Androclos founded Ephesus in the eleventh century B.C. The legend says that as Androclos searched for a new Greek settlement, he turned to the Delphi oracles for guidance. The oracles told him a boar and a fish would show him the new location. One day, as Androclos was frying fish over an open fire, a fish flopped out of the frying pan and landed in the nearby bushes. A spark ignited the bushes and a wild boar ran out. Recalling the oracles’ wisdom, Androclos built his new settlement where the bushes stood and called it Ephesus.

Another legend says Ephesus was founded by the Amazons, a tribe of female warriors, and that the city was named after their queen, Ephesia.

How did Ephesus become a UNESCO World Heritage Site?

The Ancient city of Ephesus which attracts 3 million visitors each year has been added to the UNESCO World Heritage List. Starting from 1869, multiple excavations have brought out this amazing ancient city, Ephesus. Finally, in 2015, Ephesus ancient city was added to the UNESCO World Heritage List. Although the excavations and restorations still continue, there is now a marvelous city covering nearly 1600 hectares in Selçuk town, having millions of visitors each year from all around the world. Now, after 22 years of efforts, it is officially recognized to be on the World Heritage List along with 15 other sites in Turkey.

The impressive open air amphitheatre with a capacity of 25,000 is believed to be the largest in the ancient world. Initially used for dramatic performances, there are evidences that it was later used for gladiatorial fights. The theater’s three by 22 tiers of seating, divided into sections by 12 stairways, could accommodate an audience of some 25,000. If you climb to the top, there is a fine view extending down to the Old Harbor. There were also staircase tunnels leading to the upper tiers. The stage wall was originally three-stories and 18 meters high but is now preserved only to the height of the lowest story. It was elaborately articulated, with columns, niches for statues, and richly decorated cornices. In the west terrace wall is a Hellenistic fountain-house in the form of a temple in antis, which in spite of its ruinous state, is notable for the clarity and simplicity of its structure.

The Commercial Agora is known as the lower agora of Ephesus city and it was the one of largest agoras of the ancient world. This commercial agora originated in the Hellenistic era and was built in Lysimakhos’ time (approximately 280 B.C.) However, it was renovated in the Roman Empire Era. Commercial Agora had a square form and was surrounded by pillars on four sites; each side 110 meters. Commercial Agora had a lot of shops surrounding a courtyard except on the north side. Right in front of the shops was a walkway, and the floor was covered with marble. In the middle of the building, there was a farmers market where Ephesians could buy whatever they needed. There was also a sun and water clock in the middle of the courtyard. Today, that and other sun and water clocks can be seen in the Museum. The restoration of this agora has not started yet.

The Library of Celsus is one of the most beautiful structures of Ephesus and the facade of the library has been carefully reconstructed from original pieces and looms large over the city. It was originally built in 125 AD, in memory of Tiberius Julius Celsus Polemaeanus, an Ancient Greek who served as governor of Roman Asia 105–107 AD in the Roman Empire. Celsus paid for the construction of the library with his own personal wealth and is buried in a sarcophagus beneath it. The scrolls of the manuscripts were kept in cupboards in niches on the walls. There were double walls behind the bookcases to prevent them from the extremes of temperature and humidity. The capacity of the library was more than 12,000 scrolls. It was the third richest library in ancient times after the Alexandra and Pergamum.

The facade of the library has two-stories, with Corinthian style columns on the ground floor and three entrances to the building. There are three window openings in the upper story. They used an optical trick that the columns at the sides of the facade are shorter than those at the center, giving the illusion of the building being greater in size. The statues in the niches of the columns today are the copies of the originals. The statues symbolize wisdom (Sophia), knowledge (Episteme), intelligence (Ennoia) and valor (Arete). These are the virtues of Celsus. The library was restored with the aid of the Austrian Archaeological Institute and  the originals of the statues were taken to Ephesus Museum in Vienna in 1910. There was an auditorium ,which was for lectures or presentations between the library and the Ephesus Marble Road, was built during the reign of the Emperor Hadrian.

Latrines were a part of Scholastica Baths and built in the 1st century AD. Latrines were open air public toilets for ventilation. People who can afford to enter these toilets were using them as part of social life. It was not only a facility to use but also a place to meet and spread gossip to the city. There was a small pool in the middle of the Latrine and mosaic on the floor. Since Latrines were for relaxing and enjoying, people did not leave immediately after the call of nature but remained here for chatting. This square structure has toilet ‘seats’ along the back walls with a roof above. Although some wealthy citizens had private home bathrooms, they also used the public toilets; some even paid a membership fee to claim a specific seat. Turning into the structure’s entrance, you’ll note a small aperture; here stood the clerk, who collected fees from visitors. While the whole experience was indeed a public one, the flowing Roman toga would have provided a modicum of privacy. The rest of the room was open to the sky, with a floor covered in mosaics (visible though the wooden boards you walk on). ‘Toilet paper’ in ancient times was a natural sponge on a stick soaked in a vinegar solution.

One of Ephesus’ star attractions and second only to the Library of Celsus, this ornate, Corinthian-style temple honors Trajan’s successor and originally had a wooden roof when completed in AD 138. Note its main arch; supported by a central keystone, this architectural marvel remains perfectly balanced, with no need for mortar. The temple’s designers also covered it with intricate decorative details and patterns: Tyche, goddess of chance, adorns the first arch, while Medusa wards off evil spirits on the second. The Temple of Hadrian dates back to the 2nd Century, underwent repairs in the 4th Century and was ultimately recreated from surviving architectural fragments into what we see today. The originals are housed in the Ephesus Archaeological Museum. Sailors and traders in particular invoked Tyche, who was also the patroness of Ephesus, to protect them on their long journeys. After the first arch, in the upper-left corner is a relief of a man on a horse chasing a boar – a representation of Ephesus’ legendary founder Androclus. On the right-hand arch are a band of Amazons, other possible founders. At shoulder height are Greek ‘key’ designs that represent the nearby Büyük Menderes River.

In a small square lying below street-level is the imposing two-story facade of the Library of Celsus, with its rather crowded columns and prominent cornices, which were re-erected in the 1970s by Austrian archaeologists. The library itself was originally three stories high and entirely faced with colored marble. Along the rear wall was a series of rectangular niches for holding parchment books and scrolls.

Below the central niche is a grave-chamber with the Sarcophagus of Titus Julius Celsus Polemaeanus, Governor of the province of Asia, in whose honor, his son built the library in the early 2nd century AD. This street, paved with marble slabs slightly raised to aid drainage, formed part of the Sacred Way linking the city centre with the Temple of Artemis. Ruts indicate that vehicles used the thoroughfare frequently; manholes provided access to drains. The holes in the walls on either side of the street were caused by Crusaders who ripped out lamps for the metal. Look for the footprint, the head of a woman and the rectangular shape (cheque? credit card?) etched in one of the pavement slabs. It indicates the way to the brothel.

This site, demurely called the ‘Love House’ on signboards, is eagerly anticipated by visitors, but its rather disheveled state makes envisioning licentious goings-on a challenge. Indeed, some experts believe that visiting sailors and merchants simply used it as a guesthouse and bath, which of course would not necessarily exclude prostitution services on demand. The priapic statue of Bes in the Ephesus Museum in Selçuk was found in a well here. Whatever the brothel’s fundamental purpose, its administrators reputedly required visitors to this windowless structure to undergo various degrees of cleansing before entering the inner areas, which were adorned with little statues of Venus and mosaics of the four seasons (Winter and Autumn still visible). Rumours also abound about the possible existence of a secret underground tunnel connecting the brothel to the Library of Celsus opposite.

Ruins often remind us of who we are, and where we come from. We live in an era of mixed cultures and origins. To be mindful of others, it is also polite to know about their history and backgrounds. Although there is a world pandemic going on, we don’t want you to forget what it feels like to travel, to learn, and to see new things. Join MyProGuide on a virtual tour to Ancient Greece. Not only will we walk you through all the attractions with stories untold, the best part is answering all your questions, and buying souvenirs. MyProGuide provides live virtual tours, giving you that extra feeling of time zone differences. Book your tour with us now! https://tour.myproguide.com/en/tours/641


Having read this I believed it was very enlightening.
I appreciate you finding the time and effort to put this informative article together.
I once again find myself spending a significant amount of time
both reading and posting comments. But so what, it was still
worth it!

Here is my blog post: maeng da kratom vs bali 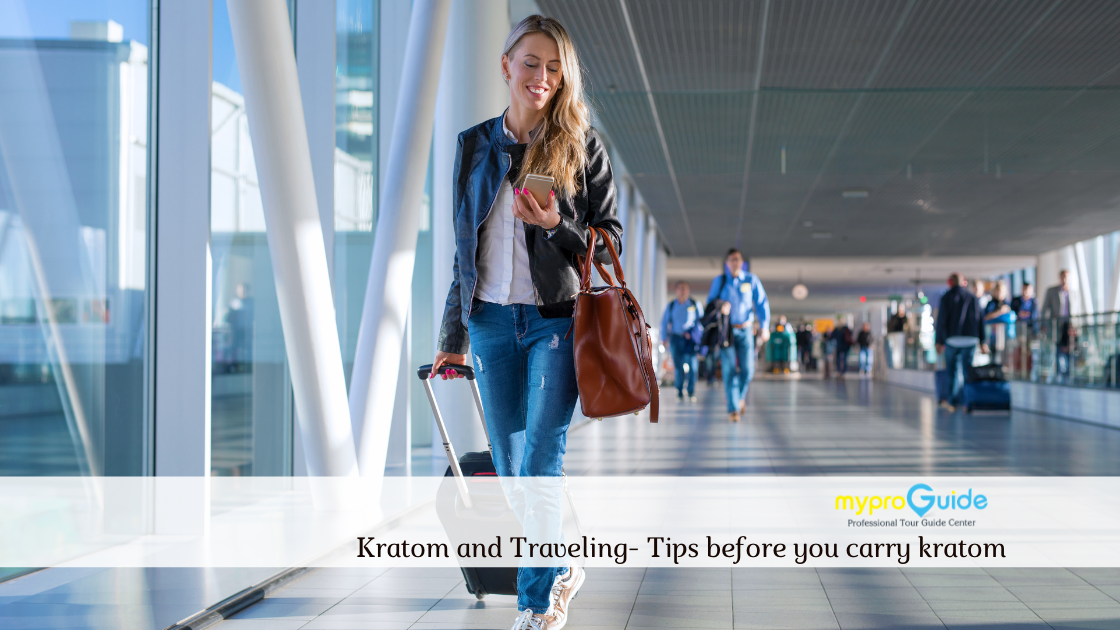 Kratom and Traveling- Tips before you carry kratom

7 Travelling Tips That You Need To Know Post Covid