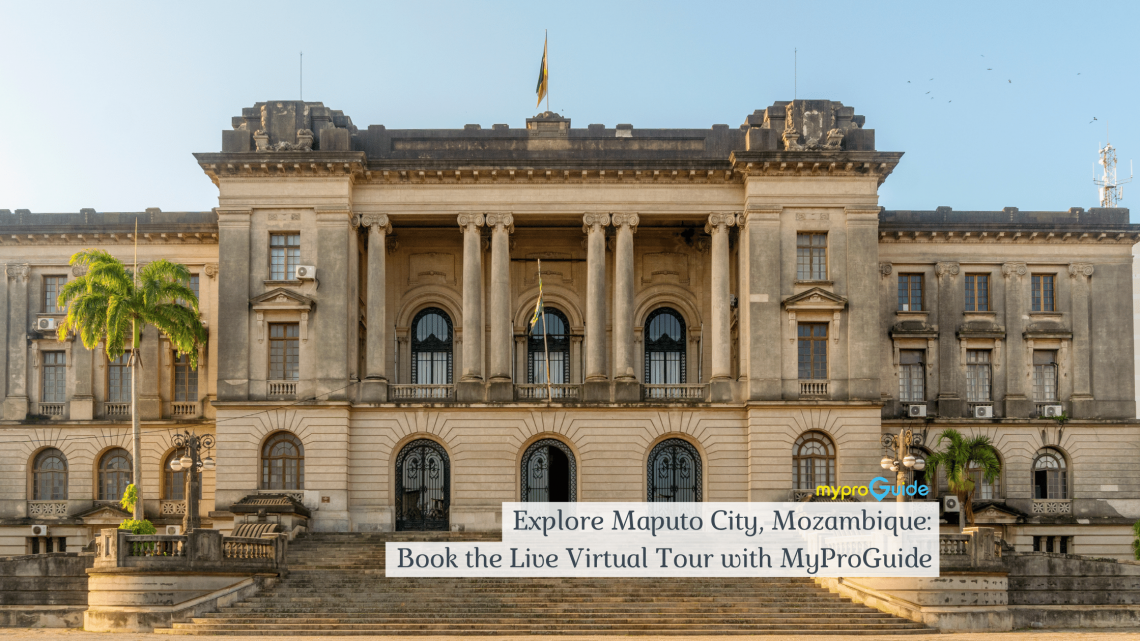 Photo by Rohan Reddy on Unsplash

Have you ever heard of Maputo? Maputo has been the capital of Mozambique since 1898. The city was previously called Lourenço Marques until the country’s independence in 1975. It is the largest city in Mozambique and the country’s most important harbour. It is situated at the mouth of the Santo River in the extreme south, 90 km from the border with South Africa. In comparison with other sub-Saharan African cities, the urban area feels small and concentrated, with wide avenues and old trees. People are generally out and about in the streets, walking, driving and getting on with life. The vibe is healthy and active, with little begging and lots of street vendors and markets. There is no heavy presence of police during the day. There are few tourists to be seen and at times the atmosphere is as much South American as African. Buildings range from old colonial palaces to new high-rise constructions, but the dominant architecture consists of Stalinist-looking concrete-walled boxes, generally with badly eroded paint and rusty security bars. Fortunately, these tend to fade into the background, and there are enough buildings with old charm and lush enough gardens (cycads, coleus, flamboyant, jacaranda, bougainvillea, etc.) to give a pleasing if shabby feel. Especially outstanding buildings which shouldn’t be missed are the Pancho Guedes creations: Gardenesque, surreal and difficult to find. What are you waiting for? Let’s virtually explore Maputo City, Mozambique with MyProGuide.

With its Mediterranean-style architecture, waterside setting and wide avenues lined with jacaranda and flame trees, Maputo is easily one of East Africa’s most attractive capitals. With a wide selection of hotels and restaurants, well-stocked supermarkets, shady sidewalk cafes and a lively cultural scene, getting to know the city is a highlight of visiting Mozambique and essential to understanding the country. Don’t miss spending time here before heading north.

Wander among the once-glorious colonial buildings, imagining them during their heyday. Don’t miss a visit to Maputo’s 20th-century Praca dos Trabalhadores, the city’s main train station. Spot its architectural highlights, including wrought-iron lattice work and a dome designed by an associate of famed French engineer and architect Gustave Eiffel.

Art plays a big role in Maputo’s culture. Visit the National Art Gallery to see an eclectic collection of pieces by national artists. Also worth visiting is the Chissano Gallery and the Núcleo De Arte. For an insight into Mozambique’s flora and fauna, head to the Natural History Museum.

Looking forward to visit this city yet? Well you can do it right this moment. We at MyProGuide offer LIVE virtual tours for our wanderlust tourists. Not sure what a virtual tour is going to be like? Let’s walk you through!

Here are some of the local spots we have prepared for you:

The Cathedral of Our Lady of the Immaculate Conception

The Cathedral of Our Lady of the Immaculate Conception (Portuguese language: Catedral de Nossa Senhora da Imaculada Conceição) is a Roman Catholic cathedral in downtown Maputo, the capital of Mozambique. The cathedral is located on Praça da Independência (Independence Square) next to Hotel Rovuma and Maputo City Hall. It is dedicated to Our Lady of the Immaculate Conception. The foundation stone for the construction of the church was laid on June 28, 1936, and is located inside the narthex and inscribed by the Bishop of Mozambique and Cape Verde, D. Rafael Maria da Asunção. Construction on the cathedral was completed in 1944.
The cathedral was designed by the Portuguese civil engineer Marcial Simões de Freitas e Costa, then a railway director. He designed the church pro bono for the Archdiocese of Lourenço Marques. Freitas was inspired by the simple style and building materials of church construction in Europe of the time; the cathedral was ultimately built of concrete and cement. He was inspired to buildings such as the Notre-Dame du Raincy in Le Raincy (1921-1923) by Auguste Perret and Igreja de Nossa Senhora de Fátima (1934-1938) in Lisbon, built by Pardal Monteiro. The simplicity and the choice of new materials was also a result of financial problems of the period.

José Maria da Silva Cardoso, the mayor of Lourenço Marques, as Maputo was known in the colonial period, opened an architecture competition for a new city hall in the 1930s. The need for a new city hall was spurred by the ongoing growth of the colonial city. The Portuguese-Brazilian architect Carlos César dos Santos won the competition in 1938. In 1941, the new mayor, Francisco dos Santos Pinto Teixeira, started construction works on the new building. It was finished in 1947. Santos designed the new city hall with a trapezoidal layout situated on a hill, so it became automatically the focal point of the Avenida D. Luis (today Samora Machel Avenue), which connects the Independence Square with the city’s downtown area, Baixa. The city hall has a façade of 65 metres (213 ft) and is completely designed in the Neoclassical fashion and follows the architectonic beaux-art rules. Due to financial constraints, the city government chose artificial stone instead of dimension stone. Lourenço Marques’ government moved into the new structure in 1947. It remained seat of the Maputo city government after Mozambique’s independence in 1975. The city government which occupies the building is now called the Conselho Municipal de Maputo in Portuguese. The Maputo City Hall was added to the list of cultural monuments of Maputo in 2011. Furthermore, it is listed in the Portuguese heritage database Sistema de Informação para o Património Arquitectónico (SIPA) under the number 31708.

The hulking, neoclassical City Hall looks down over the Baixa area from a low hill at the top of Avenida Samora Machel. The building, which was completed in 1947, is still in active use today, so it cannot usually be visited unless you have business in one of the offices inside.

The square features the statue of Samora Machel who is an important Mozambican icon. The statue is surrounded by multiple buildings such as the Municipal Council, French Mozambican Cultural Center and Cathedral of Our Lady of the Immaculate Conception. It is a nice area to take some photos of the city particularly at night.

The Mozambican War of Independence, an armed conflict between the guerrilla forces of the Mozambique Liberation Front or FRELIMO (Frente de Libertação de Moçambique) and Portugal, started on September 25 in 1964 and ended with a ceasefire on September 8, 1974, resulting in a negotiated independence in 1975. FRELIMO took complete control of the territory after a transition period, as agreed in the Lusaka Accord which recognized Mozambique’s right to independence and the terms of the transfer of power. Within a year of the Portuguese coup, almost all Portuguese population had left the African territory – some expelled by the new government of independent Mozambique, some fleeing in fear. Mozambique became independent from Portugal on June 25, 1975.

Before it gained its independence, Mozambique was under Portuguese rule and Maputo was known as “Lourenco Marques.” The struggle for independence in Mozambique started in 1964 as a result of civil unrest and frustration amongst indigenous people, who got tired of foreign rule, exploitation and mistreatment. Many Mozambicans also resented Portugal’s discriminatory  policies towards indigenous people, which only served to further Portuguese economic interests.
As the leader of the nation’s independence, Machel was idolised as the hero of Mozambique after he led the local army to victory over the colonial Portuguese government in 1974 through guerrilla warfare. He led the country from independence in 1975 until his death in 1986, when his presidential aircraft crashed in mountainous terrain where the borders of Mozambique, Swaziland and South Africa converge.

Located in the heart of Maputo’s historic district, the Franco-Mozambican Cultural Center (CCFM) is a space dedicated to the diffusion of cultural diversity (French, Francophone and Mozambican). It is one of the five French cultural centers in Africa to have a binational status. As a cultural operator, CCFM has a dual vocation: – be the intermediary of the Francophone World; – act as a tool for cultural development for the country, supporting emerging Mozambican artists. This building, designed by Gustave Eiffel of Eiffel Tower fame, now houses the French cultural centre in Mozambique. Apart from that, there is a good souvenir shop and a restaurant.

Book your Live Virtual Tour with us today!