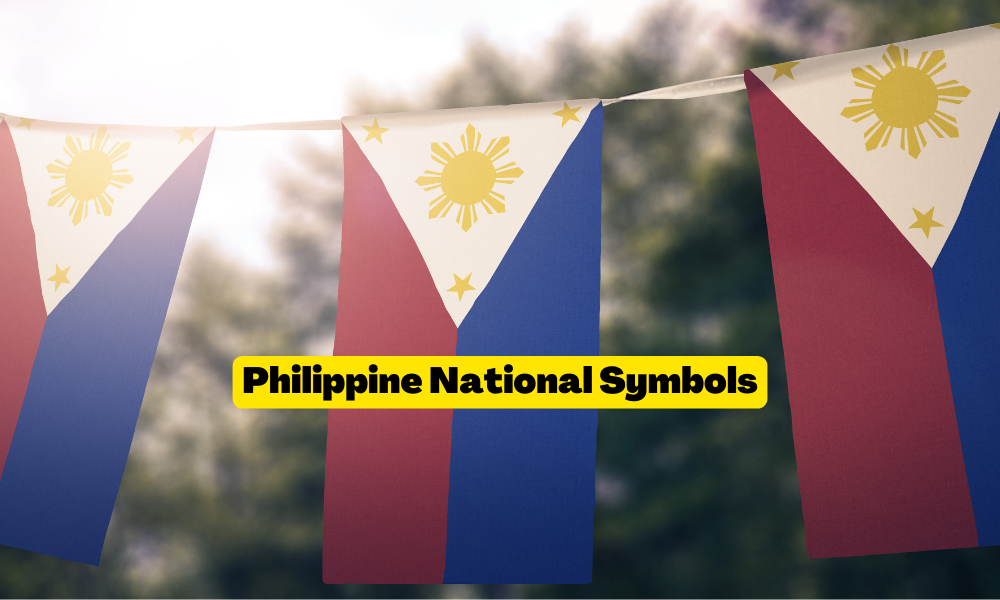 With the stunning views of unique natural sites, Philippines has long been regarded as one of the best “getaways” when it comes to a relaxing vacation. Philippines is also known for its gorgeous landscapes. Its rich and diverse historical background shape its unique architecture and culture, making it a country worth exploring. However, do you know about its national symbols? Representing the Philippine traditions and customs, these national symbols symbolize the Filipino peoples’ national solidarity and rich culture.

Here are some of the most well-known national symbols of the Philippines:

Sampaguita, also known as the Asian Jasmine or the Sacred Jasmine, is the National Flower of the Philippines. Sampaguita is cultivated in many places in the world, yet is most widely common in South and Southeast Asia. It became the Philippine National Flower in 1934 by the Proclamation No. 652, issued by American Governor-General Frank Murphy. The word Sampaguita is indeed derived from the Spanish words “sumpa kita”, carrying a romantic meaning of “I promise you.” This is why in many South Asian countries, the Sampaguita represents a symbol of love, purity, devotion, and hope. For this reason, it has become the National Flower of Philippines. Widely used in celebrations and occasions, people in the Philippines often place these flowers for decoration or give them out as rewards for winning contests.

Arnis, also widely known as eskrima, kali and garrote, is a form of martial art that applies swinging and twirling, along with striking, and techniques of defense and offense. Arnis is a sport with a long history, being passed down from generation to generation. It largely requires speed and accuracy. First created by the indigenous people of the Philippines, early Arnis was played using weapons such as rattan, spears and swords. However, due to foreign colonization, the modern Arnis became deeply influenced by the Spanish people. It was not until 2009 that Arnis became the National Sport of the Philippines, proclaimed by former Philippine President Gloria Macapagal Arroyo. Check out this cool Arnis practice session video:

Mangoes in the Philippines are meaty, sweet and nutritious. Ranked as the third most important fruit crop in the country, mangoes are the national fruit of the Philippines. With wide varieties and its high popularity among tourists and locals alike, they are very tempting to eat and are very commonly seen in the Philippines. Also known as “Mangga” in the Philippines, they can be found almost everywhere in the streets- sold by vendors or in the backyard of a tree. The most famous type of mango is “Kalabaw”, which is renowned all around the world with its sweetness. Another commonly known mango is “Pico”, which has more of a sour flavor compared to Kalabaw. Mango is the third most important fruit crop of the Philippines, next to banana and pineapple.

The Philippine Pearl, also know as the South Sea Pearl, is a type of pearl oyster with two color varieties: silver-lipped and gold-lipped. Also known as the “mother of pearls”, its significant importance greatly contributed to the artistic reputation of the pearl industry in the Philippines. An interesting fact is that the world’s largest natural giant clam pearl, weighing up to 34 kilograms, was discovered in 2006. Yet, it was not until 10 years after, in 2016, that it was publicized to the general public- having been reported to be hidden by a pearl farmer. According to the farmer, he said he kept it as a charm under his own bed. Another story is that this aforementioned world’s largest natural giant clam pearl was indeed found off the coast of Palawan Island by a Filipino diver. In 1996, former Philippine President Fidel Ramos proclaimed the Philippine Pearl to be the Philippine National Gem.

If you like to travel and explore different cultures, you might care a lot about the history of every country and be passionate about how every distinct culture is shaped. Having a rich history that is a mix of various influences from Spain, America, Japan, and China, the Philippines is truly a diverse country- one of the most charming ones in Southeast Asia. Knowing and understanding the national symbols of Philippines will definitely help shed some light on the vibrant spirit of the Filipinos.