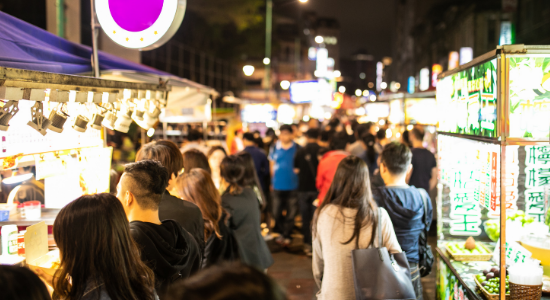 Taiwan is a food paradise where you can find tasty cuisines such as Beef Noodles Soup, XiaoLongBao, and Oyster Omelet. However, the best places to scout for these delicious treats are the night markets in Taiwan. In the night market, not only can you eat great street food, but also play exciting games! A fun night out, guaranteed. Here’s a list of the top Night Markets in Taiwan:

Shilin Night Market in Taipei is one of the largest, most well-known night markets in Taiwan. It is regarded as the most touristic night market, which means that it is the most foreigner-friendly night market in Taiwan. The indoor alleyways are filled with local and international cuisines, attracting both locals and foreigners. If you are looking for souvenirs for your family or friends, this massive night market will be a heaven for you.

Having a total length of 600 meters, the area where Raohe Night Market is located used to be called Xikou. It also used to be a business center. It was later transformed by the government into a night market, officially set up in 1987. It is the second tourist night market having a friendly reputation, next to Shilin Night Market. Right beside Shongshan MRT Station, this night market will first welcome you with an elaborately decorated temple archway at the entrance, which is one of its authentic Taiwanese characteristics.

Located in Kaohsiung, the second biggest city of Taiwan, Rueifong Night Market is the largest night market in the whole Kaohsiung and Pingtung area. Rueifong Night Market is formed in the shape of a rectangle, containing over 500 stalls in total, and offering a wide selection of local snacks and youth-oriented delicacies that caters to the population of youngsters nearby. This night market has been serving locals and tourists for more than 20 years. It is also known as being one of the best-managed night markets with a parking lot.

Snacks and dishes that you can’t miss out on when exploring the nights markets in Taiwan:

Originally from the North East and Southern China, puffed rice cake is also popular in Hong Kong, Taiwan, Japan, and India. Because it tastes similar to popcorn, it is also dubbed as the “Taiwanese Popcorn”. After getting mixed with different ingredients such as peanuts, sesame, and raisins, it is then covered with hot syrup. The shape of puffed rice cake usually comes in either squares or rectangles. It is crunchy, but at the same time chewy because of the delicious syrup, which will surely make you not stop eating.

Aiyu jelly, a typical dessert drink, is made from the gel from the seeds of the Awkeotsang Creeping Fig, which can be found in Taiwan and other East Asian countries. How Aiyu is made is very interesting. The fig is rubbed together with water and within few minutes, the seeds will create a jelly. Aiyu usually comes with a final lemon and honey touch, bringing up this dessert to a whole new level. It is a summer dessert which gives you a refreshing taste during the hot and humid months in Taiwan.

Tofu pudding, as the name implies, is tofu in dessert form. This classic must-try Taiwanese dessert comes in different flavors. You can choose from a variety of sweet toppings to sprinkle on your tofu pudding such as red or green beans, taro, cooked peanuts, oatmeal, tapioca, and more. Tofu pudding can be found in busy streets and in night markets. It is a healthy treat since it does not contain high calories and is made out of soybean.

For Taiwanese schoolboys and schoolgirls, sponge cake is of the things that they really look forward to eating after class dismissal. It is the most popular surefire after-school snack. Sponge cake is basically a type of waffle that is made in cute forms. Depending on the mold, sponge cake comes in many likable forms, such as cartoon characters. It is often seen being sold at small carts in the city, mostly at busy intersections, and in night markets.

Wheel pies are a nostalgic snack for the Taiwanese locals. It got its name from how it looks- wheels. Different from the traditional sponge cake, the wheel pie is round in shape and can be stuffed with different fillings. The classic flavor would be red beans, but you can choose from a variety of flavors such as cream, chocolate, and taro. Some creative vendors sell it with cheese, corn, tuna and kimchi. Whether you have a “sweet tooth” or a “salty tooth”, you must try all the different flavors of the savory wheel pies!

Flaky Scallion Pancake is a common street food that can be seen in every part of Taiwan. Though it is typically eaten during breakfast time, many street stands sell it till late afternoon, or even till late in the night. Some locals like it with eggs, some like it with cheese or ham, some like it with kimchi. You are free to make your own twist to this classic treat, why not? It’s crispy on the side, and light, chewy and tender on the inside. Warning: the amazing taste and texture will make you eat one after another. Ooops! Be careful! Maybe three portions of flaky scallion pancakes would suffice to become your dinner!

Hujiao Bing can be found in Fuzhou and in Taiwan. Taiwanese locals often refer to them as the “Fuzhou Pepper Bun” (福州胡椒餅), giving credit to the Fuzhounese immigrants who created the recipe. A very popular street food, Hujiao Bing is a type of baked bun that can be found in night markets, small stalls and food stands in the city. Can you imagine a bun filled with flavorful juicy meat, scallion, lots of spices, and a crispy outer shell? One interesting thing about the Hujiao Bing is where it is cooked in: the charcoal-fired Tandoori oven! Don’t miss out on this flavorful, delicious and juicy pepper bun!

Seafood on a Stick

Because Taiwan is surrounded by the ocean from all sides, it has a rich fishing heritage. Seafood is enjoyed at both ends of the spectrum: from street food to fine dining. Common tasty seafood treats include squid balls, barbecue squid on a stick with barbecue sauce, fish ball soup, and oyster or shrimp omelets.

As the name implies, Stinky Tofu has a unique and distinguished taste that makes people either love it or hate it. Don’t be intimidated or horrified by its stinky smell! Although its distinctive aroma takes some time to get used to, it perfectly complements the special taste. Prepared in a variety of cooking methods such as fried or steamed, it stays at the top of the best local Taiwanese cuisines list.

In Taiwan, often times, when we greet people, we say “ tsiah-pá—buē”, a greeting in the local Taiwanese dialect which means “Have you eaten?”. Different from the Western culture of asking how you are doing, Taiwanese locals care more about whether your stomach is well taken care of. So, when visit Taiwan, remember to always keep your stomach full- and never leave your stomach empty! If you do not to speak the local language, it’s okay! The night markets now have been more and more international, and the signs and menus mostly have English, Japanese and Korean translations on them. Pictures are also available, displayed on the menu. Let’s grab some food at the night markets in Taiwan and experience the real taste of the local culture! 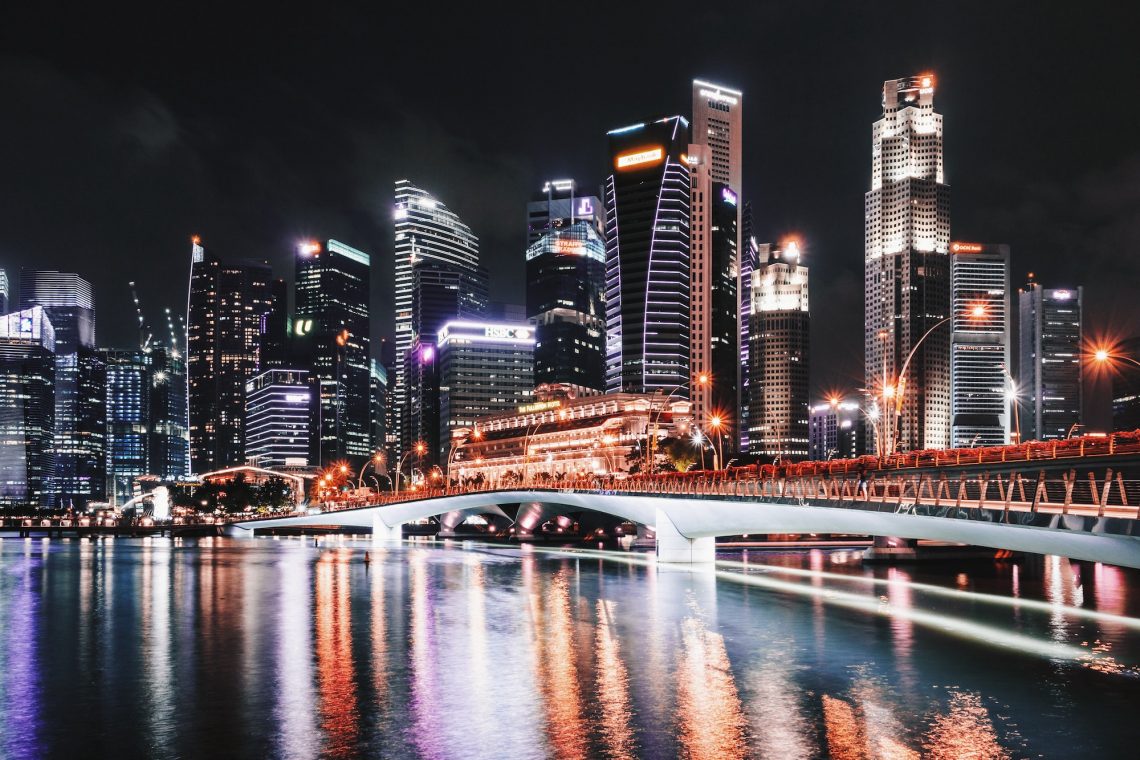 Your ultimate guide for your 24-hours-stay in Singapore 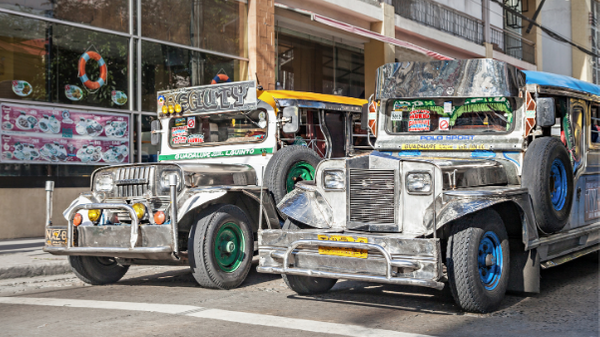 Modes of Public Transportation in the Philippines