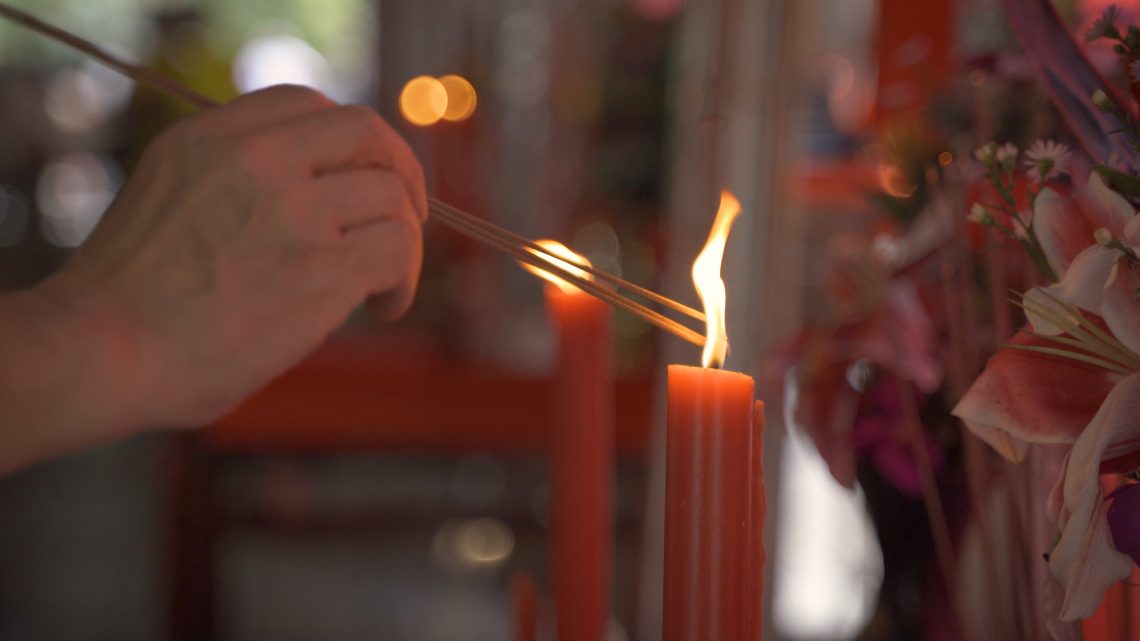 When Portuguese sailors first saw Taiwan in the 1500s, they dubbed it “Ilha Formosa”, which means “the beautiful island”. And with its many national parks and incredible scenery, never has a name been more fitting. But it’s not just the scenery that makes Taiwan a place for the avid traveler’s bucket list. Taiwan is a shutterbug’s paradise. Running down the country’s spine is the Central Mountain Range, a magnet for mountaineers looking to scale East Asia’s tallest peak, Yushan (Jade Mountain). Photographers are also drawn daily as Yushan’s peak is the perfect spot from which to catch a shot of the “sea of clouds” that sweeps over the mountains at dawn. Taiwan’s beaches are beautiful as well, offering some of east Asia’s finest surfing and windsurfing spots. Taiwan draws much of its culinary heritage from China, but to label it “Chinese food” is an oversimplification. When the first Han settlers came from China, the recipes and cooking styles they brought along met the ingredients and culinary traditions of Taiwan’s aboriginal people, becoming something new and different. This new cuisine was further modified, first by new immigrants from other areas of China, and later by the Japanese who ruled the island for 50 years. Seafood, sweet potatoes, taro root and green vegetables cooked very simply are at the heart of many traditional Taiwanese sit-down meals, while roadside stands and night market stalls offer variety to those who enjoy eating al-fresco.

Sprawling across Northern Taiwan is the capital city, Taipei. This modern city is famous for its Taipei 101 building, as well as luxury clubs and fine dining establishments. But dotted amongst the city’s towering skyscrapers are a number of beautiful temples that remind visitors of Taiwan’s cultural history. If you are a sucker for temples, from colorful architecture to elegant simplicity, Taipei’s temples have it all. Below are the top 3 must-visit temples in Northern Taiwan, Taipei:

Originally constructed in 1742 as a wooden shrine, the Bao’an Temple is a Taiwanese folk religion temple. Throughout Taiwan’s history, the temple was renovated and reconstructed numerous times, leading to a 2003 induction into UNESCO for cultural heritage conservation. Dedicated to the Taoist saint Baosheng Dadi, the 900 SQ METRE large temple faces south, in line with Feng-Shui practices, and houses the front, main, and rear halls, along with the east and west halls. The buildings also run from tallest to shortest in that order, in observance of Confucian principles. The temple also houses a drum tower. Important architectural elements around the temple grounds include stone carvings, stone lions, dragon columns, stone bamboo windows, and wood, stone, and clay carvings.

The roof of Dalongdong Baoan Temple’s front hall was built in the traditional Chinese style of a hip-and-gable roof with double eaves and an additional gable on the top, considered to be the pinnacle of temple architectural style in Taiwan. A decorative frieze can be found between the upper and lower eaves, featuring a mosaic-like traditional cut-and-paste porcelain craft, Koji ceramics, and clay sculptures. The architectural style also reflects the immigrant background of its builders. For example, the wooden roof structure built in the traditional front-hall style is a typical design of the Minnan culture. Moreover, the flooring and walls are laid with broad, flat bricks and tiles, while carved dragon heads extend from the eaves of the main hall and the Sanchuan Hall. These are all building techniques of the Tong’an, Zhangzhou, and Quanzhou regions of China.

The temple was founded in 1760 by immigrants from Xiamen, Fujian province, and its modern size and design began to take shape in 1805. The main resident god is Emperor Baosheng (or Wu), a historical figure revered for his medical skills. The rear shrine is dedicated to Shennong, the god of agriculture.

From 1995 to 2002, the temple underwent its largest renovation project ever. Under sound management, skilled artisans were employed and top-quality materials used. In addition, the temple began holding an annual folk-arts festival (called Baosheng Cultural Festival), which includes the Five Day Completion Rituals to Thank Gods (essentially to transform the temple from an everyday to a sacred space), the gods’ birthday celebrations, lion dances, parades, Taiwanese opera performances and even free Chinese-medicine clinics. See the temple’s website for dates of events, all of which are free. Nearby the doors of the temple are large images of gods protecting the gates. Large coloured murals also are displayed throughout the grounds.

In a place brimming with incredible temples, the mantle of most popular is no small thing, and that particular accolade goes to a very special temple in Taipei City. Located in Wanhua District, which is also known as Manka, Longshan Temple is a building with a rich history and many tales to tell. Longshan Temple tops every list of best temples in Taipei, and for good reason. Dating to 1738, it is one of the oldest temples in the city and probably the most well-known in all of Taiwan. It is located at the heart of Wanhua District. The large temple complex is always bursting with activity and devotion, starting with the awe-inspiring Buddhist chanting ceremony that takes place every morning at 6 and 8 a.m.

While most temples throughout the world and here in Taiwan are often dedicated to one deity or one religion, Longshan Temple is a wonderful mix of the Taoist, Buddhist, and Confucian faiths. Taiwan has always been inclusive in its attitude towards religion, and Longshan Temple is the embodiment of that inclusive spirit. Well, there are actually many gods to whom worshippers can pray at the temple, but Yue Lao is the one that piques the interest of tourists the most. Single locals will come to pray to the deity in the hopes that their true love will marry them and stay with them forever. They can even take a piece of string that they can put on the wrist of their loved one that in theory will bind them together forever.

Also known as the Mengjia Longshan Temple, the Longshan Temple holds many historical festivals throughout the year, and the area surrounding the temple is also home to street vendors, antique shops, medicine shops, as well as shops that sell Buddhist religious items. For visitors to the Longshan Temple, it might be worth seeking out one of these local shops for your souvenirs or gifts for family and, in this way, you can honor the temple as you keep it and the people of Taipei in your memories when you return home.

Not many people realize that Taiwan was bombed during World War II, but as a Japanese-controlled territory, it was targeted by the Allied forces on several occasions. The largest and most destructive raid took place on 31 May, 1945, when the Allied forces dropped 3,800 bombs on the city. Several buildings were targeted, and unfortunately there were many civilian casualties. The temple was severely damaged during the raid, but the statue of Guanyin still stood. This is the most famous manifestation of efficacy of Longshan Temple. Being a masterpiece of traditional Chinese architecture and a well-established Buddhist temple in Taipei, the Lungshan Temple of Manka has become a center of people’s religious life and a heritage of local culture. The government, therefore, assigned it a historical site of second grade on 19 August, 1985, so that it will be preserved for future generations.

Another famous Dadaocheng temple, located a few blocks east of the northern end of Dihua Street, is Cisheng Temple. Dedicated to Matsu, it is also known as the Dadaocheng Matsu Temple. What makes this temple unique is not so much the temple itself, but the large collection of traditional food stalls set up in front of it. Come here in the morning or afternoon and you’ll find crowds of locals hanging out, feasting, and drinking at tables in the shade provided by two large banyan trees.

Chuang Yungming, an expert in Taiwan cultural history, explains the origin of the temple as follows: “The so-called “guild” at that time would work hard in trade circles that involved traveling the cross-Strait area or to Indochina, and on north to Japan, and they needed the help of a maritime goddess, so they established the Matsu temple.”

According to legend, the Matsu statue of Cisheng Temple was dedicated as early as 1853 in Monga (Wanhua). Later, in 1864, it was moved to Dadaocheng. “The first street in Dadaocheng at that time was Dihua Street. Many people actually may not know this, but in the past, there was a Matsu Temple at the intersection of today’s Minsheng West Road and Dihua Street, and that was today’s Cisheng Temple. Around 1900, for urban planning, the Japanese tore down Cisheng Temple and rebuilt it at this location.” In 1916, Cisheng Temple formally moved to its current location on Yanping North Road, Section 2. Now, Cisheng Temple, Taipei Xia-Hai City god Temple, and Taipei’s Fazhugong Temple are known as the three major temples of Dadaocheng.

The Cisheng Temple is a rural courtyard-style building, with the main hall and front hall in the middle; protective dragons are on all sides and a surrounding outer wall forms a square. On the 23rd day of the third month on the lunar calendar, Matsu’s birthday, there is a deafening sound of gongs and drums in front of the temple and it is packed with lively crowds that come to visit.

The open square in front of Cisheng Temple is lined with a great many vendors selling traditional snacks. Each stand sells cuisine that is memorable to old-timers in Taipei. Choosing a bench under a banyan tree, you can eat hot squid, sword shrimp and crab, along with braised pork on rice, pork rib soup, four-tonics (Si Shen) soup, salty porridge and other local cuisine, while watching the incense smoke hanging in the air in Cisheng Temple – it’s a beautifully quiet time that can be enjoyed by ordinary people, and will absolutely leave you with sweet memories!

Which among these 3 temples in Northern Taiwan is your favorite? Let us know in the comment section down below! 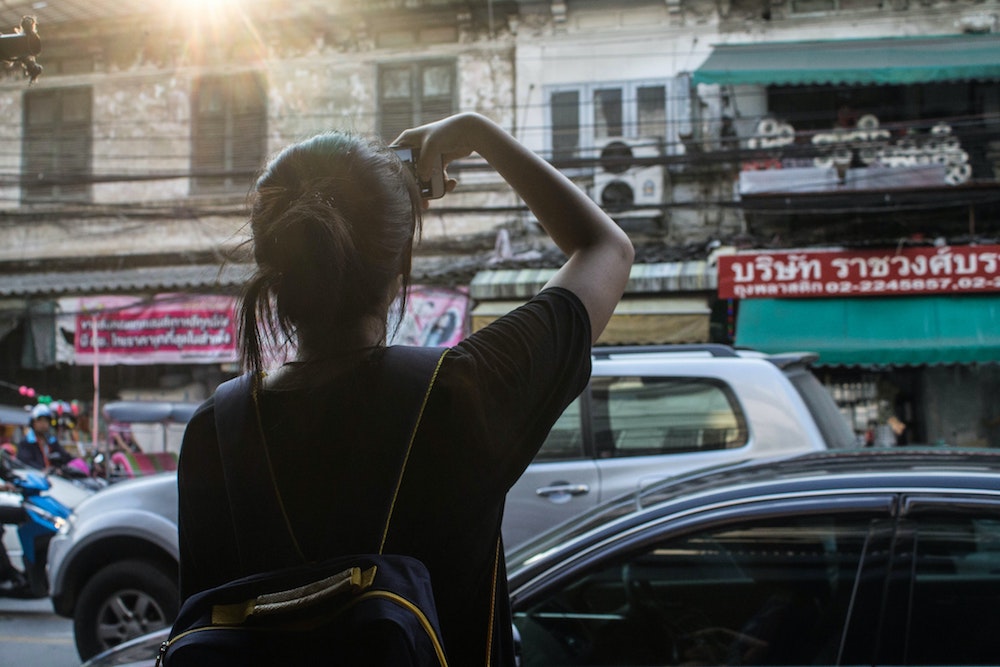