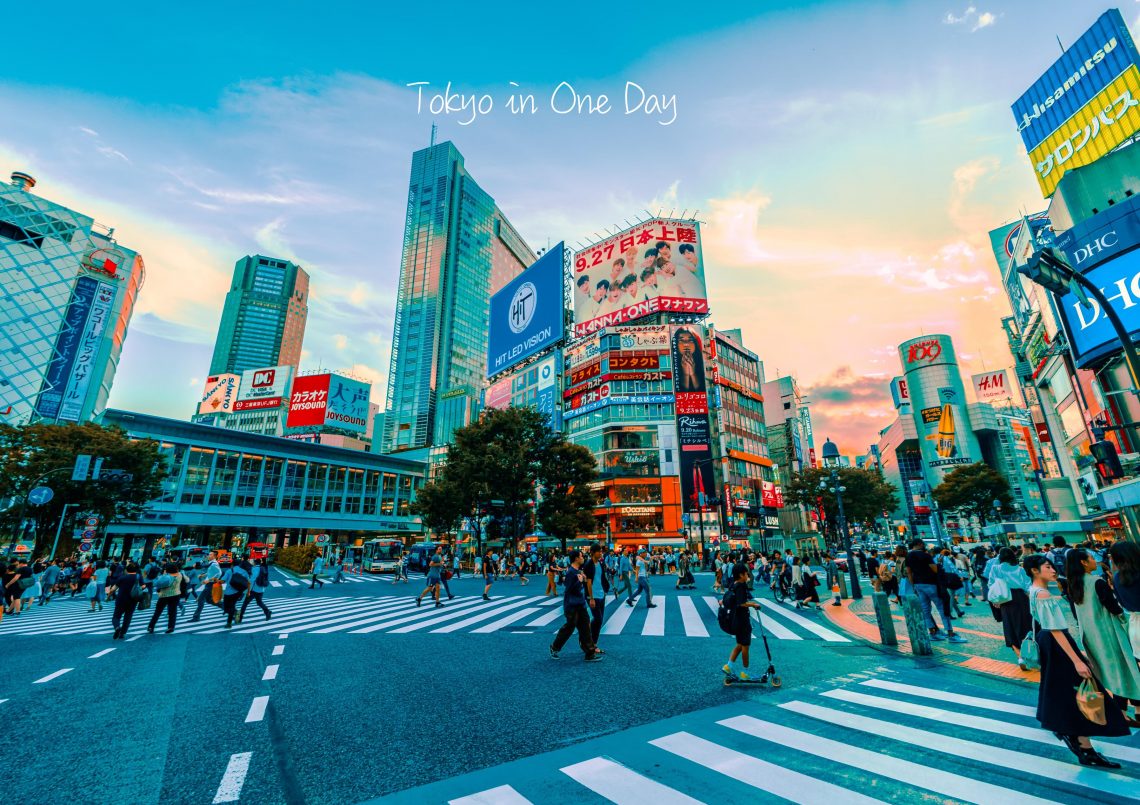 No Way is it possible to travel around Japan in one day, but you can experience it in one day! Here is a list of things you must do while you visit Japan, the ultimate highlights of highlights! No matter which city you visit, be sure to give these experiences a try! When you think about getting to know a culture, these are the things that first come to mind:

Sushi is one of the first foods that spring to mind when we think about Japanese cuisine. The word ‘sushi’ refers to any dish made with Japanese rice that has been seasoned with rice vinegar. Common varieties of sushi include makizushi (sushi rice and fillings rolled up in nori seaweed), nigiri sushi (shaped, bite-size mounds of sushi rice with single slices of raw fish or similar draped over the top) and inarizushi (sushi rice stuffed inside pockets of inari; a type of seasoned, fried tofu).

Ramen is a noodle soup dish consisting of wheat noodles (also known as ‘ramen noodles’), a savory broth (soy sauce, salt, miso, and tonkatsu pork bone are the four main ramen broth bases) and toppings of meat, protein, and/or vegetables such as sliced pork, nori seaweed, spring onions, bamboo shoots, and others. Ramen is one of present-day Japan’s absolute favorite delicacies, costing very little and being widely available in restaurants and ramen bars (which are on almost every street corner).

One of the three main noodle varieties eaten in Japan; udon noodles are thick, chewy, and traditionally made from wheat flour and brine water. Udon can be served in a number of different ways (mixed into stir-fries, added to hot pots, served cold with a tsuyu or tentsuyu soup base on the side for dipping), but are most commonly used in noodle soups, where they are served in a savory soup broth with different garnishes. Some of the most common udon noodle soup dishes include kitsune udon (‘fox udon’, topped with aburaage fried tofu), tempura udon (topped with tempura battered seafood and vegetables), and chikara udon (‘power udon’, topped with grilled mochi rice cakes).

If you enjoy crispy fried foods, then you will love tempura. Tempuras are pieces or slices of meat, fish, and/or vegetables that have been covered in a special tempura batter and deep-fried until they become crunchy and pale gold in color. Tempura can be eaten by itself (perhaps with a little grated daikon and a small dish of tsuyu for dipping) or served on top of rice bowls or noodle soups.

Read more：8 Things to Know Before Traveling to Japan

With a name literally meaning ‘barbecued chicken’, yakitori are small skewers of bite-sized chicken pieces seasoned with salt or brushed with a sauce, or tare, of mirin rice wine, soy sauce, sake alcohol, and sugar. There are many different types of yakitori, but the most common varieties are momo (chicken thigh), Negima (chicken and spring onion), and tsukune (chicken meatballs).

Otherwise known as ‘buckwheat noodles’ (‘soba’ is the Japanese word for ‘buckwheat’), soba is one of the three main varieties of noodles most frequently eaten in Japan. Unlike udon and ramen; soba noodles are made partially, if not entirely, from buckwheat flour. This gives them a distinctly earthy and slightly nutty flavor that works well with stronger flavors like garlic and sesame. Soba can be served hot in soups with toppings of spring onions, agetama tempura flakes, kamaboko fish cakes and/or grilled mochi), or cold with a side of tsuyu and garnishes of green onions, shredded nori seaweed, and wasabi.

Mugicha is a tea-like drink made from water infused with roasted barley grains. The drink has a smooth, nutty flavor without any of the bitterness of tea leaves, and is also caffeine-free. Mugicha is often enjoyed served cold during the summertime as a preventative for heat exhaustion but is also enjoyed hot during the wintertime. Look for it in both the hot and cold sections of vending machines, sometimes they even serve them for free in restaurants.

Canned coffee was first invented in Japan and led to the introduction of hot and cold vending machines. Today, the canned coffee industry is massive with the major beverage brands competing against each other. Canned coffee varieties include everything from black coffee to café au lait and sweetened and unsweetened coffee.

Royal milk tea in Japan, known as milk tea, is different from the milk tea found in other parts of Asia. Japanese royal milk tea is made by boiling the milk and tea together. Sugar or simple syrup is typically added for a sweeter drink.

Melon soda is one of the most popular soft drinks in Japan. In addition to vending machines and combini, it’s a regular staple of the drink bars found in Japanese family restaurants. Melon soda has a bright green color and goes great together with ice cream in melon soda floats.

A Shinto shrine is a structure whose main purpose is to house one or more Shinto kami (spirit). A shrine’s most important building is used for the safekeeping of sacred objects rather than for worship. Although “shrine” is the only word used in English, Shinto shrines have a variety of many different names used in Japanese. In particular, gongen, -gū, jinja, jingū, Mori, myōjin, -sha, Taisha, and ubusuna oryashiro are the nonequivalent names for Shinto shrine. Occasionally, miniature shrines (hokora) can be found on roadsides. Large shrines sometimes have miniature shrines (sessha or massha) on their precincts. The portable shrines (mikoshi), carried on poles during festivals (matsuri), enshrine kami and are therefore true shrines. There is an estimate of around 100,000 Shinto shrines in Japan. Make sure to visit one before you leave!

Try on a Kimono

The Japanese kimono is one of the world’s instantly recognizable traditional garments. The word kimono literally means “clothing”, and up until the mid 19th century, it was the form of dress worn by everyone in Japan. That began to change slowly with the import of suits dresses and other western fashions during the Meiji Era. There are different types of kimono for different occasions and seasons, including those worn by men. Other than those worn daily by some older people or performers of traditional arts, kimono is a much less common sight these days but is still widely worn on special occasions such as weddings and graduation ceremonies. There are lots of Kimono experience shops near tourist spots where they offer a variety of kimonos for you to try on and take pictures.

Read more:Tokyo Travel Guide: How to get around with Local Transport