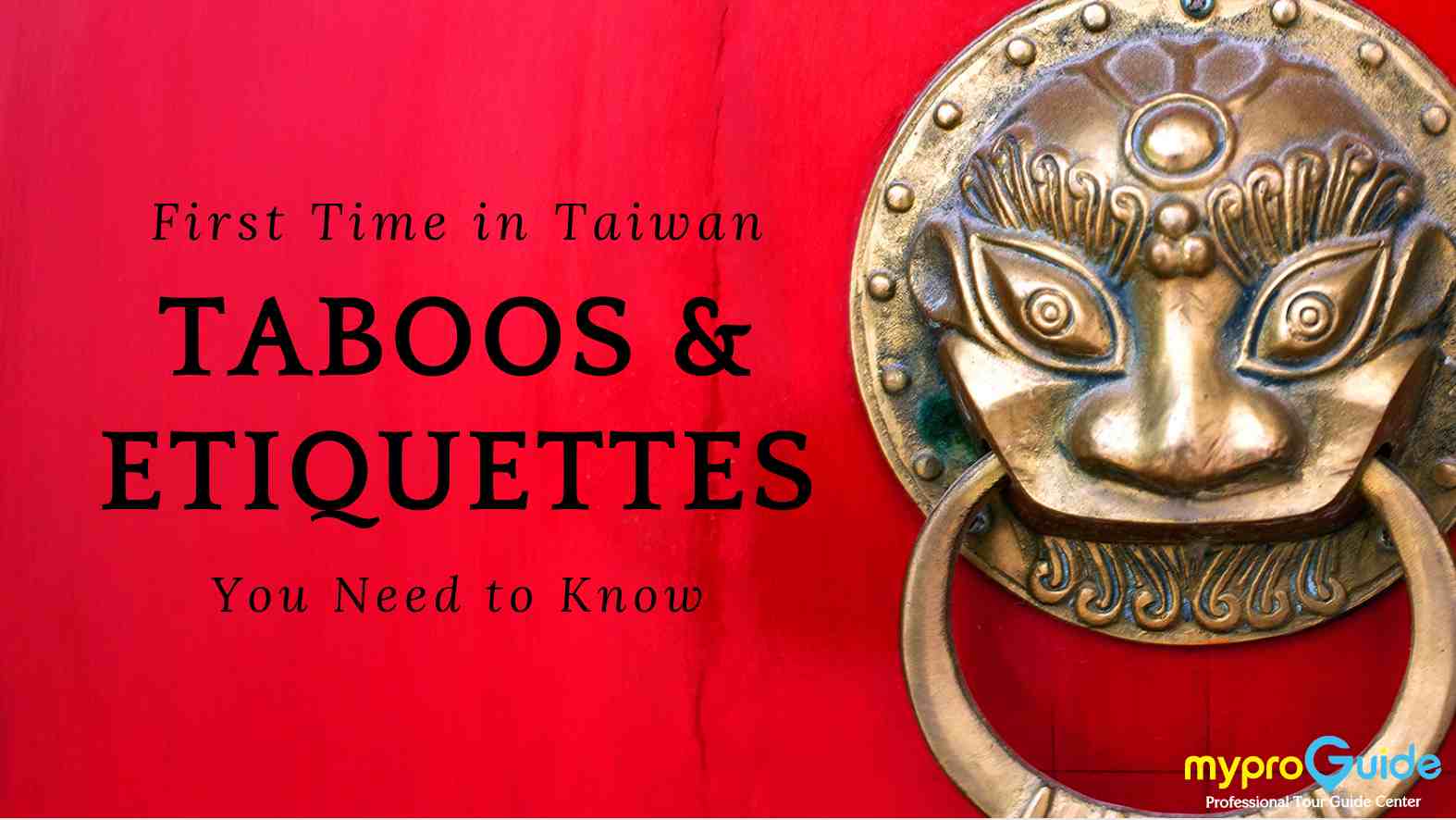 It is always exciting going somewhere with a completely new cultural background. Yet, thrilled and excited as you are, you are somehow at the same time nervous whether if you are doing things right. As every culture has its own taboos and etiquette, it is important to respect local culture while traveling. Don’t worry, by going through the guide about Taiwanese taboos and etiquette, you will surely be ready for your very first trip to Taiwan.

Contents hide
1. To start with, let’s start with a brief introduction to its historical background
2. First time Meeting the Taiwanese: Greetings
3. Eating with the Taiwanese: Dining
4. Giving Gifts：
5. Four is Regarded as an Unlucky Number
6. Transportation: Taking Metro in Taiwan

To start with, let’s start with a brief introduction to its historical background

You Might Also be Interest In Discovering Taiwan on Two Wheels: 5 Biking Festivals You Can’t-Miss

In Taiwan, the local culture has its traditional Chinese roots blending with a little bit hint of European colonization and finished up with Japanese influence due to its 50 years of colonial rule. As a modern country, it is open up to many diverse immigrants and tourists. While Taiwanese people are famous for being generally friendly to foreigners and open-minded, many customs, taboos, and etiquettes are yet practiced and should be surely respected.

Although handshakes are the most usual form of greetings, when friends and acquaintances meet, a slight head bow or a wave with a “hi” or “hey” will be enough. Asking “how are you”, which is “ni hao ma?” in Chinese is a way of starting small talk. However, as you might know, Taiwanese LOVE, to eat, starting with the question of “have you eaten”, “chi bao le ma?” which is have you eaten in Chinese, is ever more of a common greeting question among the Taiwanese!

Eating with the Taiwanese: Dining

When eating in Taiwan, it is likely to use chopsticks in any situation, starting off with breakfast, lunch, dinner, even snacks. So, most of the time, during the meal, chopsticks are placed either on the side of your plate or bowl or on the top of the bowl. Yet, do remember never stick them vertically into the bowl. Since this action looks similar to burning incense in the temples- it is regarded as a taboo. Also, while eating with a bowl, remember to have it in your hand near your mouth. Also, remember to use the shared pair of chopsticks if you are taking food from a shared plated while you are eating with others.

Unlike western culture, westerns usually open gifts in front of the people and express how they appreciate it. Asians, in general, are more reserved. When giving and receiving gifts in Taiwan, remember to use both of your hands, using one hand is considered impolite. Also, Taiwanese don’t usually open the gifts in front of the giver, they usually hold their excitements until getting home. For Taiwanese, avoid giving gifts to Taiwanese like clocks and handkerchief. Handkerchief implies that the person might have reasons to cry. Another inappropriate gift option is clocks, since “giving a clock” in Chinese sounds exactly like “attending a funeral”, it carries unlucky meanings behind.

Four is Regarded as an Unlucky Number

In Taiwan, the presence of number four is avoided in most public including buildings, phone numbers, hospitals, licenses, or even identity cards. Now You might no longer wonder why there is no bottom four in a building in an elevator. It is because four is associated with death because and it has a similar pronunciation as “death” in Chinese, which is deeply fearful for the Taiwanese and attached to bad luck. Therefore, you will never see number 4 in a hospital for the same reason. In some formal restaurants, you might even hear them saying” three plus one?” instead of saying “a table for four”.

Taiwan has prevailed with Confucianism thinking, and it is therefore important to respect the elders.  While taking the metro, do offer your seat to the elders and pregnant women, whether on the bus, MRT or train. Warning: you might be scolded if you let a grandma remain standing in front of you sitting on the seat of public transportation! Moreover, while taking the escalator, do always stand on the right side since the left side is used for walking. Also in a while, you are in the metro, you’re not allowed to eat, chew gum or drink anything.

While traveling abroad, a little effort in learning the culture, customs, and etiquette in advanced is always appreciated. Not only is it a way to show respect, but also a way to avoid awkward situations. After knowing more about taboos and etiquettes in Taiwan, you are now fully prepared to enjoy your trip to Taiwan thoroughly!