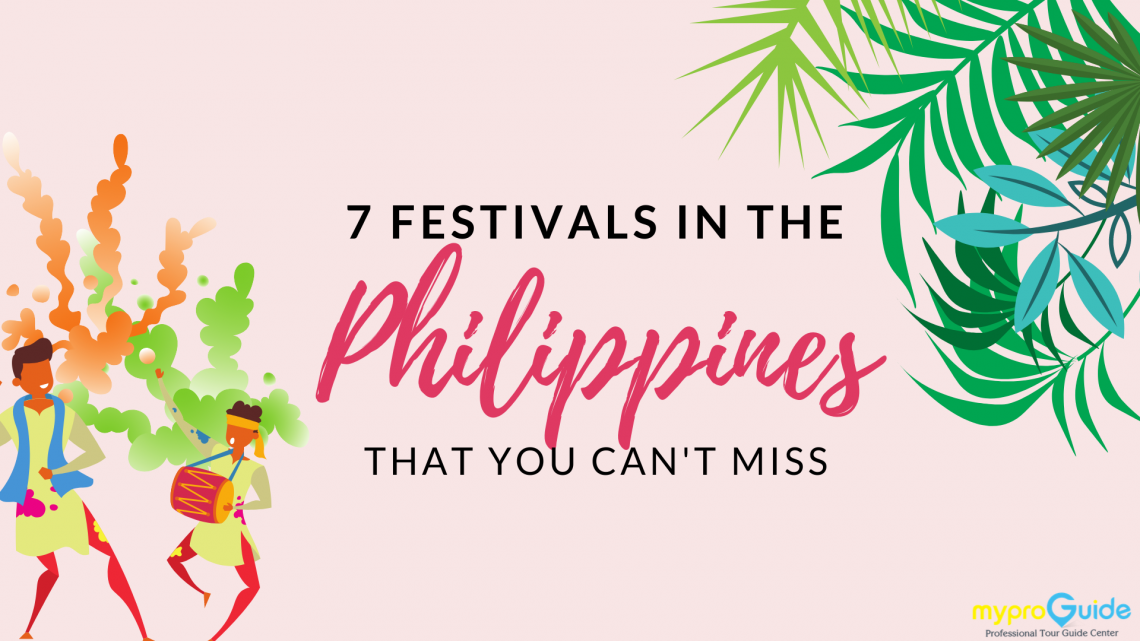 Speaking of festivals, the first thing that comes to your mind might be Brazil’s Carnival. Yet, on the other side of the world, Southeast Asia, the Philippines is well-known for a wide selection of fiestas (at least a hundred), which attracts hundreds of visitors from around the world each year. Numerous festivals celebrated in the Philippines are mostly connected to the local tribe, harvest, and religion, due to the Spanish colonial influence.

As you may know, Filipinos take festivals seriously and delightfully, so fully immersing yourselves in typical and insane celebration could be plenty of fun.

See Also: Top 7 Things to Do in Manila on a Rainy Day

Ati-Atihan Festival, honoring the Santo Niño (Child Jesus), is probably the most historical one you shouldn’t miss out in the Philippines. Some consider the Ati-Atihan Festival as the mother of other ones in the Philippines. Therefore, you might imagine how crucial it is in Filipino culture. If the desire to soak yourselves into deeper local style of living, why not take a trip to Kalibo during January. Indigenous costume and wild music of parade would keep your heart beating to the rhythm.

Inspired by Ati-Atihan Festival, Sinulog Festival, also dedicated to Santo Niño (Child Jesus)has taken place for quite a long time in Cebu. If you’d like to use a word to describe this festival, perhaps ‘colorful’ is the best one. The splendid outfit, merrymaking dance, and music attract many travelers from neighboring countries to join.

Don’t Forget to Check Out: Traveling in South Asia: Your Ultimate Packing Guide

Local Filipinos celebrate this festival, dedicated to the blossom of the city’s flower; at the same time, it could remind the indigenous youngsters of their priceless tradition and culture. Street dancing and parade, featuring colorful flowers, is so inspiring and refreshing that you should not miss. Also, the local government encourages such fiesta as the Flower Festival, which attracts many travelers flocking here, and thus boosts tourism.

Flores De Mayo, literally “Flowers of May,” and considered as a national celebration dedicated to the Virgin Mary. The Santacruzan is a must-see event that showcases a religious-historical beauty pageant, which is held as a thanksgiving celebration in honor of Queen Helena.

In Tacloban City, local people look forward to the celebration of two prominent festivals－Pintado Festival and the Kasadyaan Festival. And currently, they are merged together, becoming a huge fiesta in honor of Sr. Santo Niño. Actually, ‘Kasadyaan’ means ‘joy,’ while ‘Pintados’ stands for an ancient warrior. In the festival, travelers could take a glimpse of beautiful body paintings that show braveness.

As you can tell from the name, this festival is held because of gratitude to San Clemente. It’s the major festival in Angono, located in the east of Pasig City. Just like the other festivals, Feast of San Clemente boasts a passionate parade, with many local people dressed up as fishermen.

So many options to pick up, right? Next time if you’re chasing somewhere to have fun, don’t forget the Philippines, a paradise for festival-lovers.