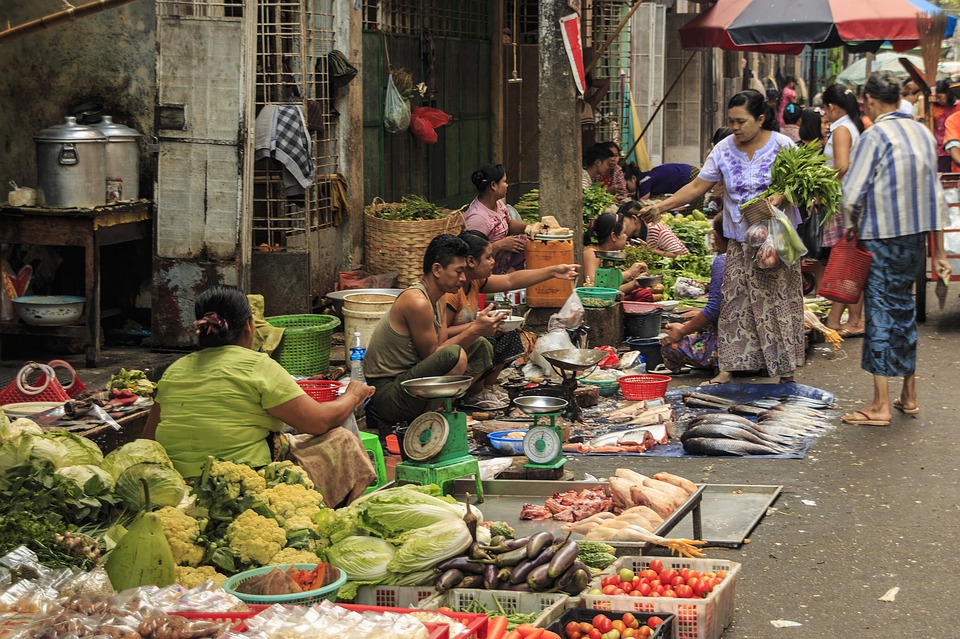 All-time favorite Burmese food and drinks you must try

The biggest feature of Burmese cuisine is the sour taste. In most Burmese dishes or Burmese street food, even a simple curry meat, there would be a lot of side dishes like snacks and sauces to reinforce its taste. Strolling in Yangon city and tasting street food is undoubtedly the most beautiful enjoyment.

The biggest feature of Burmese cuisine is the sour taste. In most Burmese dishes or Burmese street food, even a simple curry meat, there would be a lot of side dishes like snacks and sauces to reinforce its taste. Strolling in Yangon city and tasting street food is undoubtedly the most beautiful enjoyment.

The Burmese breakfast is usually a bowl of delicious noodles. (You will also see this food at other times as a snack during the day.)

You can relax and taste the Indian-style Burmese black tea (lah phet yay). Burmese black tea is rich in aroma and added a little sweetened condensed milk. This kind of tea is a taste that accompanies Burmese people in daily life.

Tea is not merely a good drink in Myanmar. In celebrations or special occasions, such as some welcoming ceremony for travelers, the owner would present a laphet.

This kind of food is simple: the tea is dried, marinated, steamed, and served in a round shallow bowl called lappet ohm, surrounded by fried garlic, fried peanuts, dried fish and shrimp, fried coconut slices and rice.

This dish is like a dry salad. Every time you taste it, you can feel the complexity of the taste. You would feel from sour to bitterness, and turns into a light sweet and salty fragrance.

See how to smartly navigate Yangon in one day

Sweet milk tea can be found everywhere on the tables along sidewalks as Burmese street food in Yangon. It is not only the best choice for breakfast, but also a refreshing drink after lunch.

Burmese milk tea, like Indian milk tea, is black tea mixed with sweetened condensed milk. Most of the stalls are open from 6am to 4pm. They are not only a popular social gathering place, but also serve some Indian pies such as pancakes and crepes bread. Another option is fritters, which is made by dough, tastes steamy, could be the best mate with tea.

Salad plays a very important role in Burmese street food. Almost everything can be cut into slices or pieces and mixed together as a complete dish. The delicious curry puff salad is made differently by person, but the basic ingredients are curry puffs, chickpeas, cabbage, onions and tomatoes; and freshly added mint or parsley.

Squeezing lemon juice could also be added on to reinforce the sour taste. Some makers would add some other special ingredients. Curry puff salad can be found everywhere in various ways, you can find the best for your taste.

The Shan people are an ethnic group living in northeastern Myanmar. Their unique cuisine is loved all over the country. The main ingredient is the Yellow Daal Tadka powder, which distinguishes itself from other rice-based cuisine.

The Shan food stalls are particularly eye-catching because of their large tofu and piles of yellow noodles. Tofu has three utilities: it could be placed in a thick soup, or become salad with cabbage, chili sauce, pickled vegetables, peanuts and parsley, or fried and served as a dipping sauce.

Refreshing yogurt drinks are the best street food choice for a hot afternoon, you can find some stalls selling homemade yogurt. Ordinary drinks are made from yogurt, ice cubes and sugar. However, you can also choose to add some fruits such as strawberries, avocados and more. Another popular drink is sugar cane juice, which is sweet and is the best alternative to water. Have a nice drink and enjoy the great sunshine with Burmese street food in Yangon.

Foods to Eat in Yangon

People in Myanmar have an addiction to fried foods – in fact, it is impossible to avoid it in Myanmar.

“Mohinga” is actually a kind of rice noodle in fish soup. It is so-called the “national food” of Myanmar. The locals love to have it as breakfast. They are usually sold on roadside stalls. It is definitely the “street food” in Myanmar.

The soup is thick and sometimes with boiled eggs and Indian bean cake. It can be served with lemon juice and chili powder. A bowl of fish noodle soup costs 400kyat (USD0.2) which is really very economical.

Located in a building on the shores of the Royal Lake, the name of the restaurant is named after the statue of God Sulei. Its speciality is fish soup rice noodles, noodles and fried rice noodles are also very delicious.

Another worth recommended is the fried tofu. Not only do tourists love to go here, but locals also like this restaurant very much. If you are lucky enough to meet a good weather, you can choose the outdoor seats, enjoy the view, taste the food, and the price is also reasonable.

This restaurant is the popular choice in Yangon on TripAdvisor. Shan State Noodle is a classic cuisine of the ethnic minorities of Myanmar. Because it is very different from the Burmese culture, the group also has its own characteristics in the dishes. Because the geographical location is closer to Yunnan Shan State, dishes such as noodles have a little similarity as Chinese.

Located at 33 Atiya Road, Ganmayu, Yangon, the Green Elephant Restaurant is housed in a colonial mansion. You can dine under the canopy in the garden and enjoy local specialties such as coconut rice, curry fried pork, pickled tea salad and lentil soup. You will soon notice that each dish is served with rice, which is the most important staple food in the Burmese diet.

Read more:
Things to do on a rainy day in Yangon
6 Beautiful Places that will Make You Fall in Love with Myanmar

Traveling in Myanmar, you can see a lot of interesting foods to eat in Yangon. If you are interested in the food on the table in front of you, then Myanmar’s food culture will never let you down, because it is the most popular melting pot of gourmet.

Cuisine here combines a variety of flavors and seasonings, boldly mixes the taste of sweet and sour, also Indian spices, chili powder, onions, tea leaf, fried garlic, fried peanuts and refreshing limes. They surely would bring stimulating surprise to the diners. Each dish will give you a taste of the balance and unique flavor.

In addition to tasting the expensive five-star Burmese cuisine and admiring the stylish decorations when you travel to Myanmar, people came here to discover the unique flavors of Burmese street food as well.

For a long time, this country has been extraordinarily mysterious to people from foreign countries in all over the world. Hire a local guide and bring back delicious memory with you from Yangon!

Look for a local guide in Myanmar 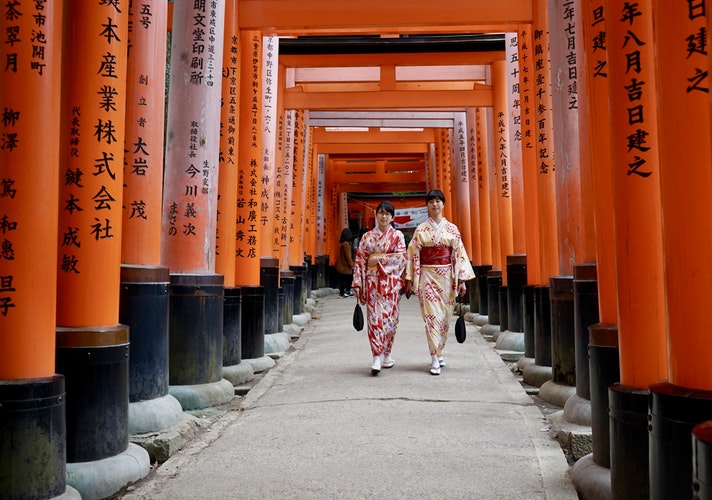 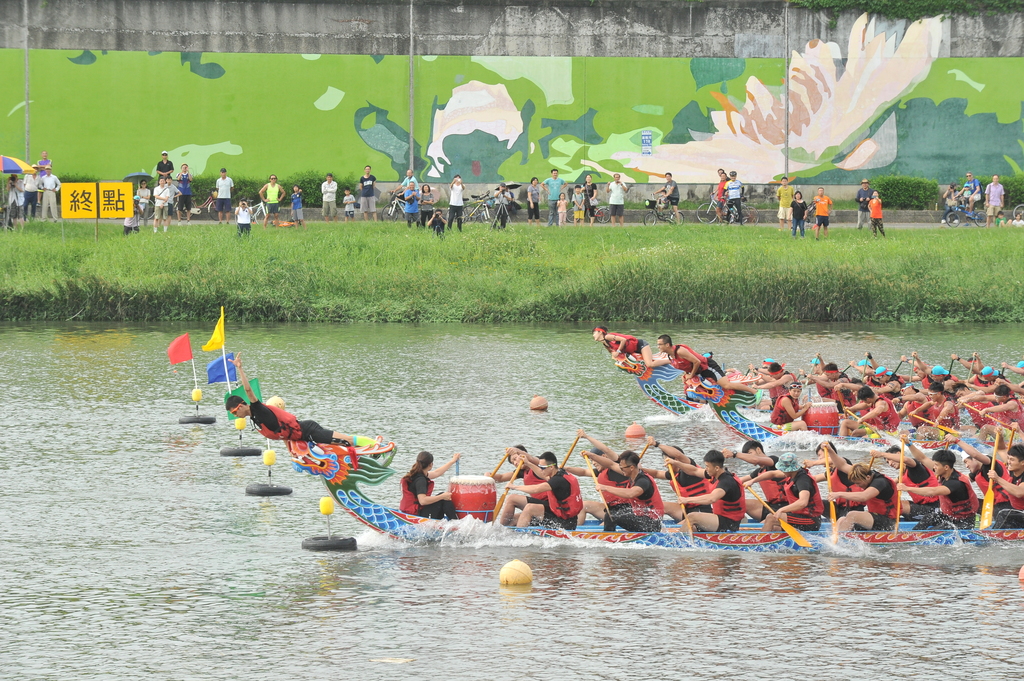